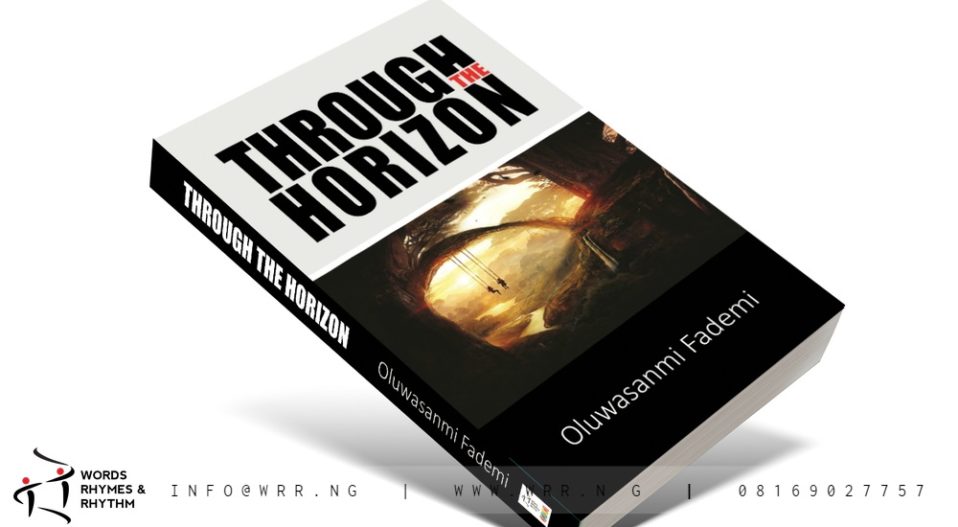 Through the Horizon houses 40 poems each speaking for itself in unique tones and peculiar style about delusion, obsession, mortality and immortality, loneliness as well as depression and trauma. Not only does this collection strike me as a successful effort— every image precise and every element working to support the other, it has also graphically reminded me of the ethereality of life and the certainty of death in a style which only Emily Dickinson (as done in her Because I Could Not Stop for Death) did.

Fademi in his Beautiful Morning tactically portrays death in metaphoric utopia whereby death seems as easy as breathing. This appalling effort is remarkable and affective; the reader can hardly avoid feeling himself in the poem as the poet tossed him left and right in bliss only to finally deposit him six feet beneath the earth.

On the “beautiful morning”, “with the wind whistling gently” and nature at its best, the persona introduces the reader to the reality of death where the bliss of living overwhelms man with hardly any knowledge of how fast he is driving to his grave until he “… doze[s] off/ Resting till the end of days”.

As Dickinson captured in her persona who was basking in the euphoria of his/ her civil drive with death and “immortality” in the carriage around the world until he “… surmise the/ horses’ heads/ were toward eternity” so also Fademi enthralls the persona with the graceful maids and butlers and waiters eager to do his bidding than he hardly notice his “…eyes closed in deep slumber/… [his] stroller gently lowered down/… six feet below as it steadies on the earth”. This poem, among others is the most captivating, the poet does a magical and laudable work with words and images and he has placed himself in the same class with the most revered of poets.

In Awakening, the persona taunts himself and his fantasies which have enthralled him in delusional mirage and inconceivable fantasies. The figures in this poem are tellingly ingenious for the subject. For the persona to bounce back to reality, to the “anguish and raucous clutter of life”, he had to pierce his “inflated balloon” of fantasy that “fills the head” until it “fizzles out”, “[j]erking [him] angrily back to reality”. A mental picture is a picture made out of words, picturesque and revealing. The mental pictures in this poem is neatly laid and arranged, instigating the readers’ feelings of sight, smell and even auditory feeling.

In the poem Balance, the poet ascends a Marxist figuration to lash at social imbalance of the factors of production. He “[p]onders[…] the affairs of men/ the vanity gnawing at their heart” for the social constructivism of wealth between the working poor (proletariat) and the dominating rich (bourgeoisie). He fumes at the injustice and wishes life and power was balance and equal. The poem A Mother’s Throes has striking alliterations and subtle personifications that will readily amuse readers. Hope and Despair captures the poet inner struggles with his mind and soul. He cries “… longing for peace/ cry[ing] for help” for the “excruciating nightmare” tormenting his soul, scourging him until death was his only respite— “a leeway to an inglorious/ existence”.

Moralistic poems like Faith will tell the reader of the basis of faith and hope. The poet sermonizes on the subject, uncovering motivational bids that will verily uplift readers. The poet teaches that “impossible is nothing”, calling on readers to have an undeniable and insurmountable belief in God.

The compact and loaded poem Dirge covers much in a little space which shows the writer’s handiness with words and images. It uses the most of figures to speak volumes in a little lines— a commendable effort.

Through the Horizon, despite its unpromising title has interesting and alluring poems which only a great poet could have invented the elements of the poems and use them perfectly. This Oluwasanmi Fademi does fittingly with astute composure and careful crafting. His voice is witty and brilliant, his poems revelatory, his imagination amazingly related and his style promising.

It is an applaudable collection with heart touching poems that any reader will relate to and enjoy.