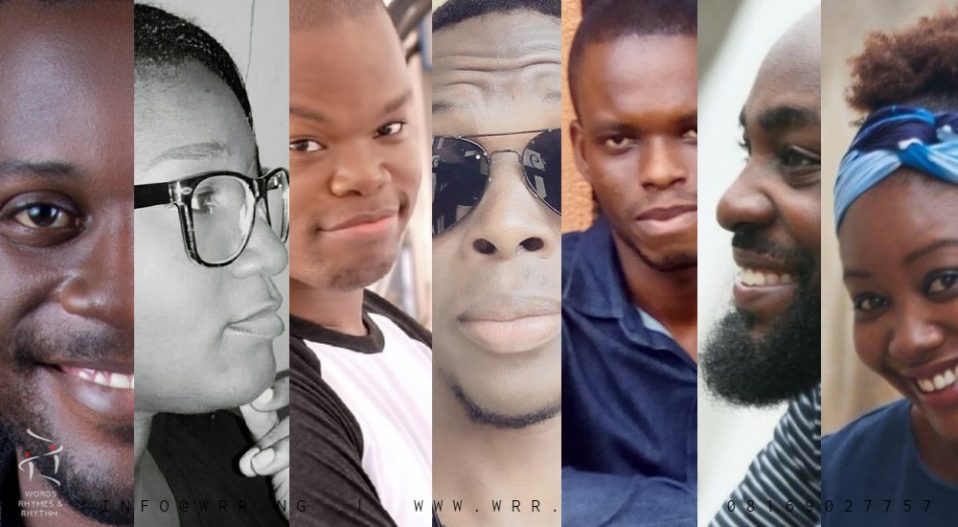 We are pleased to announce the panel of judges for the 2017 edition of the Green Author Prize (GAP) for young unpublished Nigerian writers. They are  Su’eddie Vershima Agema, Estrella Gada, Uchenna Walter Ude, Akpan-Nya, Alexandra Emem, Bura-Bari Nwilo, Romeo Oriogun and Joseph Omotayo.

The judges will select 10 deserving writers – comprising four (4) poets, three (3) novelists, two (2) short story writers, and one (1) playwright for the FREE e-publishing contracts covering design and distribution on all major platforms.  The selected authors will also be eligible for a 20% discount on any future publishing through Words Rhymes & Rhythm Publishers, open for a 2-year period.

Estrella Gada is a short story writer and a poet whose writing earned her a spot in the 2008 Farafina Creative Writers Workshop facilitated by Chimamanda Adichie. She is the winner of the 2014 Eriata Oribhabor Food Poetry Contest and winner of the 2008 Newspage Newspaper Poetry Competition. She has written several short stories and poems which have been published by several literary sites with many of her works being featured on the Naija Stories website. Her short story and poetry collection is currently being compiled for publication by a publishing house in the United Kingdom.

Uchenna Walter Ude has been writing stories since he was a child, and has write-ups which have appeared online, including in the anthology, So We Do Not Forget. He dabbles in poetry, and was awarded the accolade of the Amateur Poet of the Year 2003 by the International Society of Poets. He was a participant of the 2013 class of the Farafina Creative Writing Workshop, after which he became part of the creation of an anthology, A Handful of Dust. And he debuted his first novel, The Event, in 2014, and co-authored a novella, Love Eventually, in 2016. He also runs the blog, mymindsnaps.com – a smorgasbord of stories, news tidbits, opinions and entertainment snippets.

Akpan-Nya, Alexandra Emem is a writer, pretend-poet and editor from Nigeria. Educated in the sciences, she loves to scribble, play with original ideas and has a fascination for speculative fiction, poetry and children literature.  Her interests include dabbling in flash fiction, travelling and sneakers. She dreams of writing norm-breaking bestsellers that will inspire deep thought and the occasional chuckle. She can be found scribbling at lexiscribblez@wordpress.com.

Bura-Bari Nwilo’s fiction and poetry have appeared in the ANA Review, Saraba Mag, Sentinel Nigeria, Ake Review, Brittle Paper, Bookslive.co.za, GuerillaBasement, Muwado, Guardian Nigeria, 234Next, Muse Journal of the Department of English and Literary Studies, University of Nigeria, Nsukka and a lot more. Bura-Bari’s story “Like Eyes Liquid with Hope” was long-listed for the annual Writivism festival in Kampala, Uganda. A Tiny Place Called Happiness, a book of short stories was released in 2016 by FairChild Media. He lives in Port Harcourt, Rivers State.

Romeo Oriogun, winner of the 2017 Brunel International African Poetry Prize is a Nigerian poet. His poems have been featured in Brittle Paper, African Writer, Expound, Praxis, and others. Oriogun is the author of Burnt Men, an electronic chapbook published by Praxis Magazine online. He lives and writes in Udi, a small town in Eastern Nigeria.

Joseph Omotayo is a book critic. He has been published on various online magazines. He is Afridiaspora’s content manager. He writes for OlisaTV and Authorpedia (Words Rhymes & Rhythm). He tweets @omotayome.

The Green Author Prize is one of the many ways through which we fulfill our mandate as an indigenous publishing company with great interest in developing young writing talents and promoting Nigerian literature.  You can read more about Words Rhymes & Rhythm Publishers here and learn about our other CSR initiatives, youth-targeted programs, and other activities.