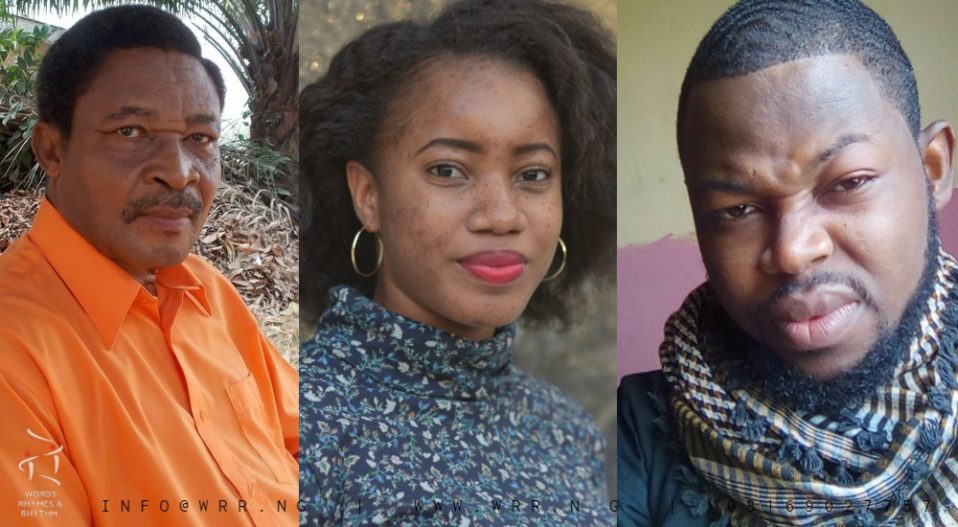 We are pleased to announce the panel of judges for the Eriata Oribhabor Poetry Prize (EOPP) 2017 organized by Words Rhymes & Rhythm (WRR Ltd.), in collaboration with Something for Everybody Ventures (SFEV). They are Rasaq Malik Gbolahan, Oyindamola Shoola, and F. O. C. Ikwuemesibe.

PRIZES TO BE WON:

Rasaq Malik Gbolahan is a graduate of the University of Ibadan. His poems have been published in journals such as Poet Lore, Michigan Quaterly Review, Minnesota Review, and elsewhere. He believes we can change the world with words. His chapbook is forthcoming from Konya ShamsRumi.

Oyindamola Shoola is a poet, a blogger, a book reviewer, and the author of two books. Her first book titled Heartbeat, was published in 2015 and her second book titled To Bee a Honey, was published in August 2017. Oyindamola is also the Co-Founder of Sprinng Literary Movement; a non-profit online organization for Nigerian writers. Her works have been published on literary websites like Kalahari Reviews and Black Fox Literary Magazine. Her works have also been published in anthologies like the Bronx Community College Thesis Journal and Eber and Wein’s Meditation; where the mind dwells.

F. O. C. Ikwuemesibe is an experienced teacher of the English language and Literature-in-English. He has taught and mentored generations of writers for over two decades. Ikwuemesibe has contributed articles to both local and international publications, including on-line literary groups, and has co-authored a book, Basic Literature for Schools and Colleges. His first major collection of poems, The Big Man and Other Poems, will be published by WRR Publishers in the first quarter of 2018.

Now in its 6th edition, the Eriata Oribhabor Poetry Prize (EOPP) was instituted in 2012 as an annual Prize to give the much needed attention to Nigerian poetry and encourage young Nigerian poets to use poetry as a tool for social change.