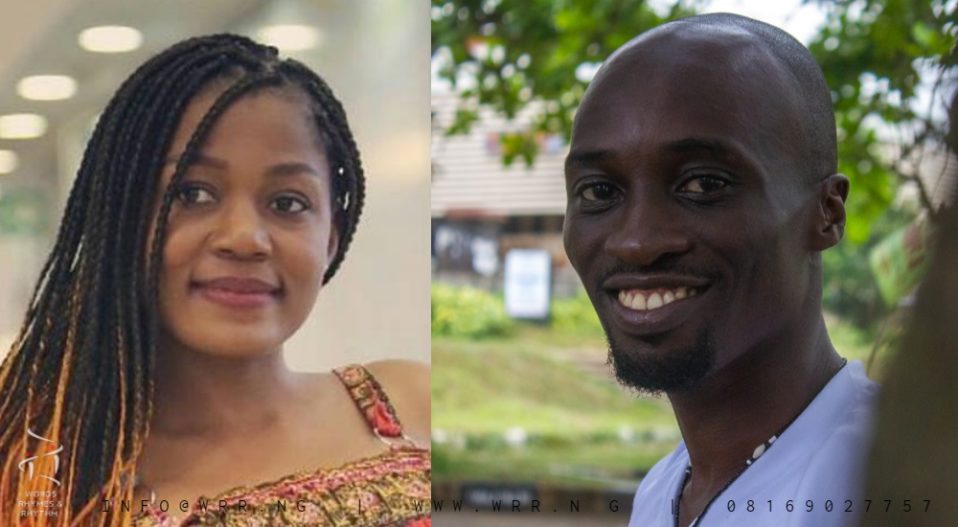 The duo will read from their works. Badmus will read from his 2017 collection of poems, There is a Storm in My Head, while Bamas will read her award-winning story The Numbers Girl and the Pale Kid.

The FEAST OF WORDS is one of Nigeria’s most anticipated literary festivals, especially among the younger generation of writers.

BAMAS VICTORIA is an award-winning Nigerian writer and multimedia journalist, certified by the Press Association, London. In 2017, she won the ALS SHORT STORY PRIZE 2017 for her short story, The Numbers Girl and the Pale Kid. She holds a HND and a PGD in Mass Communication and is studying for her Masters in Public Administration.

Bamas loves to read, watch movies and travel and also finds time for trail and mountain hiking. She has visited thirty states in Nigeria. In 2015 she travelled across West Africa, from starting from Lagos, Cotonou, Quidah, Lome and Accra.  She also toured Mumbai, India, in the same year. In 2017 her travels included a month-long tour of northern and southern Ethiopia. She understands several languages, including Hausa, Yoruba, Igbo, French, Pidgin and English.

She currently works as a content editor with Nigeria number one newspaper Daily Trust and is set to release her first book, SAND IN MY SHOES, a collection of short stories, poetry and anecdotes.

JIDE BADMUS was born and bred in Ilorin. He hails from Omido in Irepodun LGA, Kwara State. He is the first of four siblings. He is a practicing Electrical Engineer in the MEP (building services) industry.

Jide started writing poetry in 2002 and has a wide range of collections on various themes. He shares his short stories, critical opinions and poetry on his blog www.inkspiredng.wordpress.com. Some of his works have been published in national dailies and online platforms. His debut book, a collection of poems titled: THERE IS A STORM IN MY HEAD was published in February 2017 by Words Rhymes & Rhythm Ltd  (WRR). The book depicts a storm of emotions as a result of life’s uncertainty, disparity between dreams and reality, and the thin line between love and lust. He is inspired by beauty.

Jide is married to a beautiful wife, Linda and has two adorable daughters, Nora &Nicole. He is a Christian and a soccer lover; he is a Manchester United fan. He lives and writes from Lagos.

Themed ‘WRITE TO RIGHT; RIGHT TO WRITE’, this year’s edition will feature stimulating discussions, award presentations, book unveiling, readings, poetry and an African Night of words, musical and drama performances and an abundance of palm wine and local delicacies. It will hold from 9:00 am to 8:00pm on Saturday 16th of December 2017 at the Faculty of Arts, University of Ibadan.

Read more about the festival below: