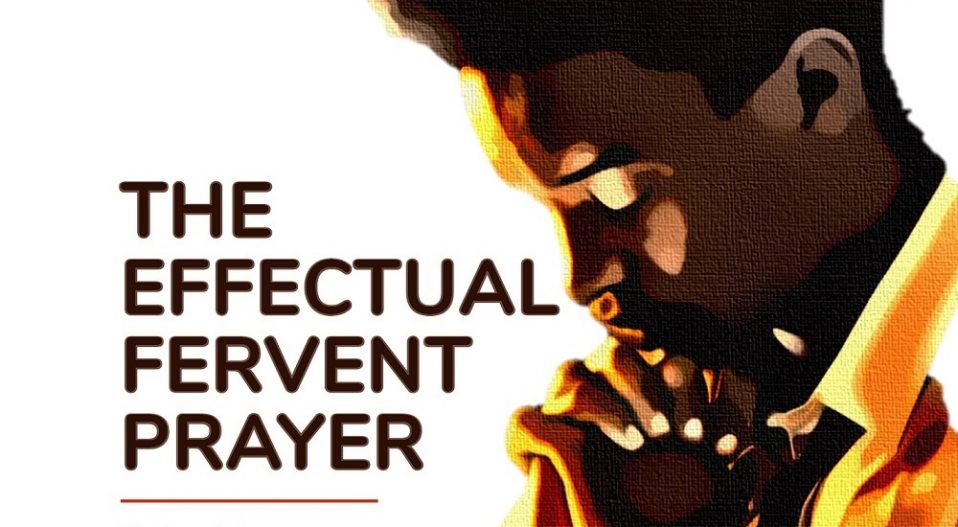 While reading this text, you don’t get the feeling of a patronising, self-absorbed preacher talking down at his congregation but of a forgiving preacher who realizes he is as vulnerable to weakness as a human as much as the reader.

Written against a Christian backdrop, The Effectual, Fervent Prayer is a spiritual text which undergirds the place of prayers in fighting life’s battles. Adeniyi, having had sufficient experience in teaching the word of God and winning souls to God, sets to help readers to break the shackles of the devil and the place of pain and lack in their lives with this debut spiritual text.

The Effectual, Fervent Prayer draws graphic examples from heroes of The Holy Bible who had at one time or the other called on God to manifest his power in their lives and show his godliness through answering their prayers. Adeniyi calls on all Christians to challenge God and remind him of times where we’ve dedicated our lives and services to him, just like in the case of Hannah, Jabez, Samson, Hezekiah, and Blind Bartimaeus who all called on God and fervently asked for his help.

This book didn’t just recount lives of prayer warriors in the Bible but it also asked readers to personalize each and every method that this biblical heroes employed in talking to God, thus engineering readers to also have a simulation of the same encounter that the Biblical characters had with God.

This purposeful spiritual and religious text isn’t necessarily a book for every kind of reader but the few that are willing to tread the path of righteousness will gain more than enough blessings in its little chapters. One thing I am sure is no reader will leave the pages of this book the same way he came; if not for an ything but for the fact that Adeniyi cunningly and intentionally chooses his point of view and tenses to bring the reader into the text and also to prick his conscience.

While reading this text, you don’t get the feeling of a patronising, self-absorbed preacher talking down at his congregation but of a forgiving preacher who realizes he is as vulnerable to weakness as a human as much as the reader.

The intentional use of the first person plural “we” and also the second person tense “you” in different chapters of the text gives the reader the sense of we-are-in-this-together with the writer and also that the writer is directly talking to the reader. The book is also conversational, hence all readers can relate to it like a private counseling session with a pastor in his office.

The Effectual, Fervent Prayer is on a journey to retrace the steps of lukewarm Christians and it will go outside the tentacles of the book to talk to readers’ emotions and conscience.

ORDER YOUR COPY ON OKADABOOKS OR GET IT ON AMAZON

Do you want to know why Hannah’s prayers broke all barriers and attracted God’s attention to her plight? Do you want to know why Samson’s last prayer was answered by God even after falling short of God’s glory? What about Blind Bartimaeus whom people wrote off as born blind and destined to die blind but regained his sight? Then you need to read this book.

You need to learn about that one thing you’re not doing enough while you pray, you need to attract God’s attention to your plight and these are literally doable but only if you follow Adeniyi in his spiritual journey to getting results in Effectual, Fervent Prayers.