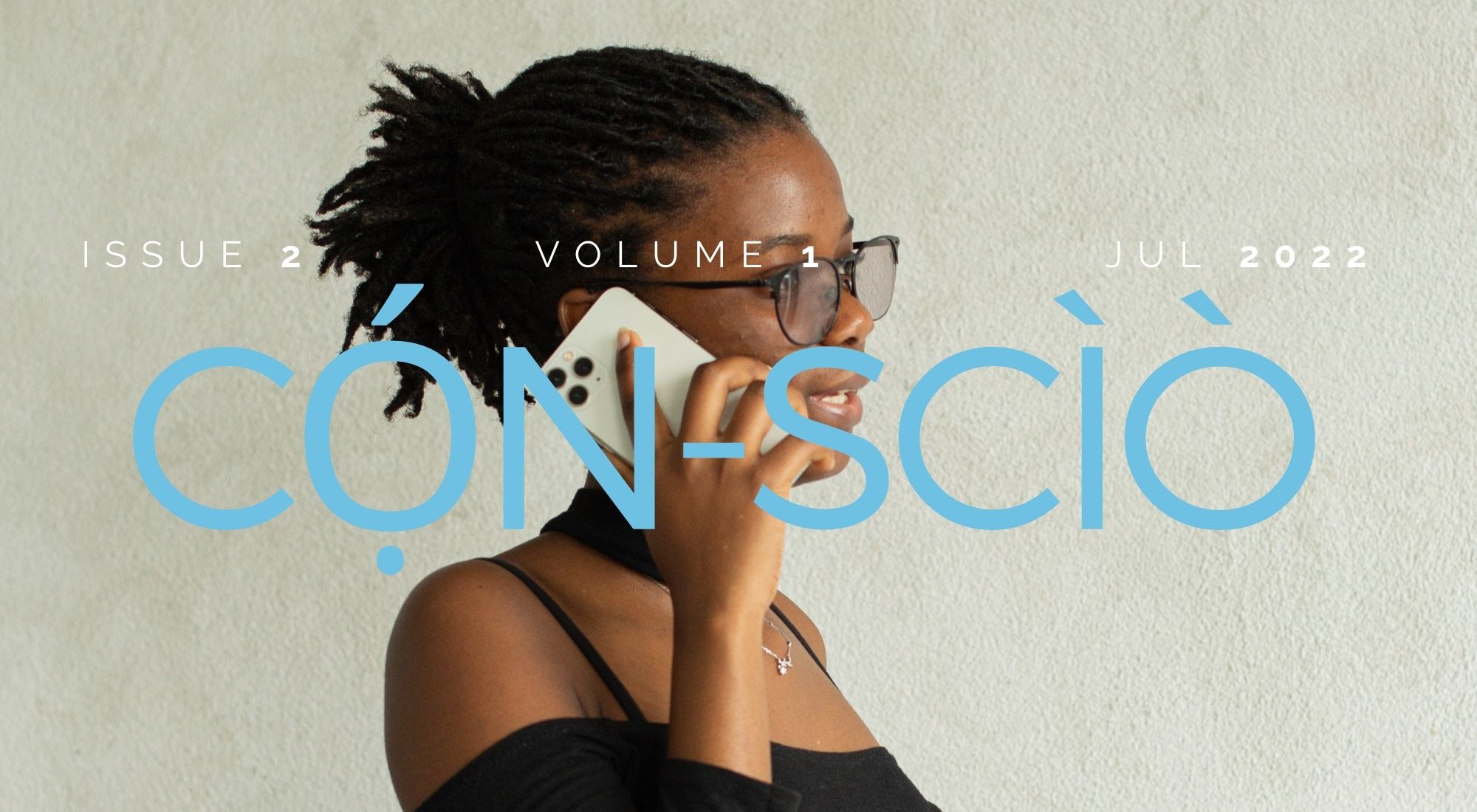 Somma is on the line. You are so glad someone is calling you at least. You would have preferred someone else to call, a man maybe? One of those you wanted to be with.

“Aunty Hilary will never get married!”

You turn your head to glare at Nneka and she will shrug as though she had not just echoed your thoughts. Nneka is the daughter of Aunty Hillary’s neighbour, they shared a toilet and a bathroom in that house of theirs that looked like it would fall if the wind blew a little harder. You visit often.

Today, your aunt is not home.

“She went to ‘escort’ her boyfriend,” Nneka said when you asked her.

You wanted to wait but you had errands to run. You did not want your mother’s troubles.

You will stay for a while and then leave. When you come again later, your aunt will be home, staring at the wall.

“Nne, I cooked oha. Go inside let me put your food,” she will say as soon as you enter. Her hands shook when she touched your braids and smiled at the wall, it made your heart break, must she get married?

“Abi Adanna was here before, Nneka?” Nneka and her mother were eating outside.

“Yes, she was here when I went to grind the beans.”

“Hilli, ask her if she wrote this thing on your wall.”

“How can she write it? She’s just seven.”

Then she will smile at you.

“Maama,” she called you that most times.

“Please you’ll help me get water from the borehole today oh?”

You will nod eagerly, quietly finish your food and lie down to rest wondering how she really felt and immediately run out to get the green leaves your teachers use to clean blackboards in your school, crush them together and wipe the wall.

“Ah, Adanna is cleaning the walls. She must have written it.”

“Ada, did you write this thing?”

You fear they know but it was too neat and correct. “WILL YOU MARRY ME?” Aunty Hillary would rather believe an admirer did.

“Mama, if you’ve finished resting, go and get me the water.”

That was the end of that talk for the rest of your lives or so you thought.

Now you are 27 and unmarried, Aunty Hillary was just 25 when you wrote that thing and yet it looked like she was the oldest spinster in a world that had no patience for them. You understand her now.

Closing your eyes to daydream, you will forget your pot of rice boiling and the heat it brought to your room. You liked imagination better than reality for then you could live in your mother’s house again and she wouldn’t be dead. You could bring Obinna back too and you’d go to Mauritius with Somma. Your lips will curve in a smile as you see Obinna in your room, staring intensely at you, his eyes darkening in deep desire. He will kneel in front of you raising your skirt as his fingers find your flimsy underwear, all wet. Your shrieking phone will interrupt your dreams, the ringtone too loud and annoying.

is on the line. You are so glad someone is calling you at least.

You would have preferred someone else to call, a man maybe? One of those you wanted to be with. These days appealing men no longer approached you, it did not help that you were in an environment where only the kind of men you loathed lived and that you had a demanding business taking up your time so much that self-care was a luxury too expensive for you. When the men came, you just did not want them. Those, educated without common sense. Some were dirty and smelly, always filling your face with spit when they talked. They talked about everything and nothing. How a woman can have all the education and still come back to cook for her husband because that is her ultimate goal in life without a man, a woman is incomplete. These words infuriated you at first because you did not think the world still had such people, later you stopped being angry and instead became deaf. It was tiring.

You picked up the phone and held it far from your ears because Somma is screaming; “Girl, Sandra is getting married!”

It is the usual thing she does whenever another girl in your distant circle is tying the knot. Just last week, Fisayo married Abdul her heartthrob, a Muslim like she had always wanted. The month before was Ijeoma and Ekene, they only met at your birthday party and barely two months later, they said their vows.

You will picture Somma, wearing a face like one that truly felt discarded when she shouts “God when!” She will recount how that big-headed Yoruba demon, Lanre ghosted her as soon as he got to the UK, how James was breadcrumbing her and refusing to define what they had, always asking for nudes and calling the sweetest of names but going for weeks without communicating with her. The last time he did this, you forced her to tell him that the relationship was draining her and he asked “what relationship?”

In your case, you have only ever been with one person, still stuck in what would have been that never was.

“Wo, Somma it’s not as if God intended that everybody should get married,” you said.

“You’re saying this because nobody pressures you from your family,” Somma said.

“Yes, my family is cool but what about colleagues and friends like you?”

“It doesn’t matter, all I’m saying is if this was God’s original plan, we’d all be born with our partner’s names on our palms.”

She will laugh and tell you about her interview yesterday.

“You won’t believe the secretary told me that very soon nobody will ask who my father is anymore but it will be my husband giving me a new identity.”

“Your name and humanity is enough identity abeg, let her go and sit down.”

Ude Vivian Chidimma studied English Language and Literature at Abia State University, Uturu. She is an avid reader. She has participated in some poetry contests and excelled in some too, she was the second prize winner of the June/July 2020 BPPC, and she was also in the top ten of the BPPC April/May 2022 amongst others. She has a podcast channel (The Bookery Podcast) where she reviews African fiction she has read over time.

Previous post A CAPITALIST TALE OR SOMETHING LIKE THAT | a short story by S. Su’eddie Vershima Agema