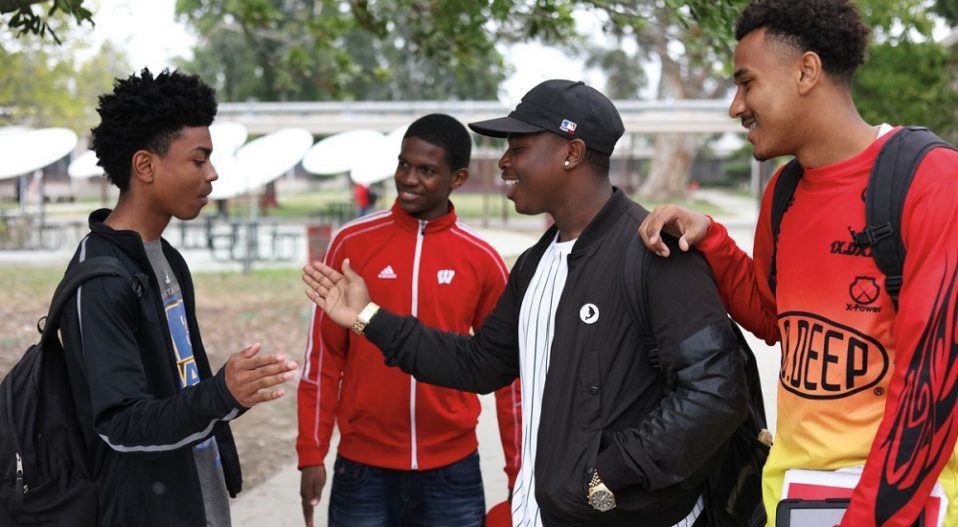 Boys who are approaching their 30s with big dreams in their hearts and a taste for luxury and glamour live in some kind of imaginary world.

The above statement will make you think I am about to tell you a story of the wishes and dreams of some boys who, on a Saturday afternoon, gathered around a table in a shopping mall.

But no! It is rather about a funny thing boys often do when in a conversation about girls.
‘Something must kill a man’ I responded jokingly to Clement’s silly question. We fixed our gazes at the hourglass body shaped lady who had walked past our table to the counter to buy iced cream.

Theo of Ecobank ICT department was anxious to talk. I learned from Clement that Theo had recently gained the employment at Ecobank with a sweet salary. Theo of skin colour black and had started building his muscles at a local gym passed a boastful comment about his girlfriend. He compared his Becky to the beautiful lady who was busy tasting iced cream flavours.

Anyway, we couldn’t doubt neither could we believe him. Theo worked for a reputable bank. His job took him to countries. He had enough money to spend on trivial items like those expensive white Apple EarPods that looked like earrings in his ears, making him look more handsome. How couldn’t he date a round ass, curvy hips lady with an almost perfect mascara makeup hiding the stories on her face? We just didn’t have any reason to doubt him.

Yet we also couldn’t believe him simply because both Clement and I don’t know Becky. In fact, it was my first time meeting Theo. He’s Clement’s mate in the University where they both studied Computer engineering and I, civil engineering. I was a year ahead of them too so there’s no way I could have known his Becky.

‘Which Becky’ Clement pushed his face up and frowned to reach a reminder from Theo. But Theo responded with the same calmness and certainty in his voice as he bragged ‘you don’t know this one. I met her in Dar es Salaam, Tanzania.’ ‘Oh okay’ was all that Clement could say with a nod.

But the story isn’t about Theo or Becky or even the goddess at the counter whose curves were cutely apart and pushing out of the straight brown dress she wore.

The word ‘straight’ would make you think the dress was long beyond her knees. But devil No! Hot. Skinny, the type they call condom dress. Short. As short as an effortful bend down of our heads would have been all that we needed to see her underwear. It would have been white g-string panties. Or she wouldn’t be wearing anything, which is a common practice among girls of today. Their asses shake vibrantly in whatever dress they wear. Making boys like us think all asses are soft nowadays. Such that boys like us sometimes want to feel blessed to be alive in this generation, but then we want to go back to the time our mothers arranged marriages for us. Because these ones we are arranging are not arranging themselves.

story is not about Clement who feels it is his responsibility to keep the table lively by responding to every passing word. Maybe he felt so because he was the link, the mutual friend of Theo and I. He said ‘my lady also looks like the girl’.

Theo held the laughter on his face when he asked Clement. ‘Oh naa…..oh Cliff! My nurse girl you met the other day at Westhills mall’.

Clement quickly turned his head towards me for confirmation and rescue from drowning. His eyes fell dull when they met mine staring at him with a face that said ‘my friend, don’t be silly. I know your girlfriend who is a nurse very well and she doesn’t look anything like this one before us. Get away with your lies or get away from the imaginary world.’

Clement kept quiet while Theo and I laughed our hearts out.

‘And who said we believed that your Becky looks like this girl? Kwasia kwa you figa we go allow you make you yobb us’ Clement said to Theo harshly but his comment intensified the laughter. And soon a waiter would walk up to our table to tell us to keep our voices down.

Whenever we lie to either make us feel good about ourselves in the midst of our peers or make our friends think we have a glamorous life and better one than theirs, let us remember the earth would continue to orbit around the sun with or without our ego. No one really cares about your ego or your stories. No one actually does, so we impress only ourselves whenever we lie.

And this story isn’t even about the curvy lady, nor is it about Theo, nor about Clement. It is about me.

Me that had already lowered my head to see the promised land for myself and decided to stay calm because some parts of me grew longer and harder in my underwear. Me in a white straight dress that kissed my toes and throwing a naming ceremony for my fourth son with the girl at the counter. I have gone past admiring her to sexing her and even moved further to imagine our life together as married couples.

The thing about boys like us sitting around a table at a mall on a Saturday afternoon is that we pretend to be in control of our lives but all we are doing is imagining how we want to live the 30s, dreaming about how beautiful our wives would be, how adorable our children would be, how a bittersweet chocolate our marriages would taste like, how sufficient the not-too-distant future will be. And another Monday comes around to make us realize time is not on our side to be imagining things.