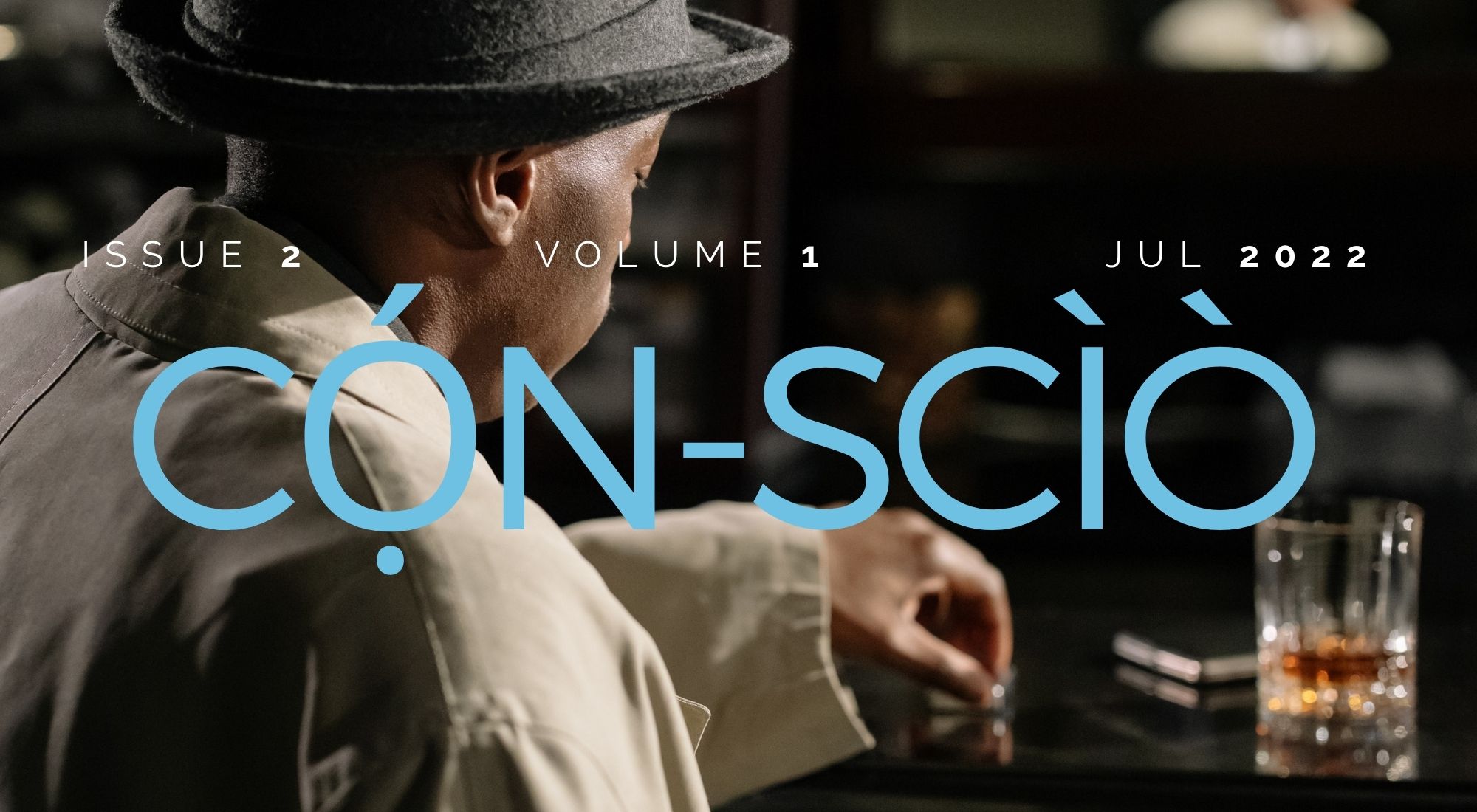 Ehimhen caught himself warming to Oche, even as part of him disliked the man for having dropped what he, Ehimhen, considered Oche’s proper Nigerian identity.

Ehimhen stamped in exasperation.  He hated the English language.  Although sedately seated, he fumed as he racked his mind for a word to describe his feelings. Ehimhen felt a distaste for Oche.  He frowned as the word he sought sprang to his mind: pretentious!

Ehimhen was coming to the city for a day’s business.  He planned to be accommodated by his friend, Ekong.    He had arrived in the city when Ekong phoned to say he had been called away from work, but his friend Oche, ‘such a nice guy,’ would host Ehimhen.  A few calls and a taxi trip later, Ehimhen was ensconced in Oche’s sitting room.

The salon was bright and stylish, neither stiflingly tidy nor offensively untidy.  Ehimhen was at ease.

He was bidden to the dining table and served a meal.  Ehimhen noted how meticulous Oche was overlaying the table.   As he ate, Oche chatted to him, trying to draw him out, halting frequently to hear him.    As the evening continued, Ehimhen wondered how his friend, Ekong, a ‘man’s man,’ had become friendly with Oche.  Although all three men were similar in formal education and occupation, Oche’s excessive refinement was a damning oddity.

Oche was like some men Ehimhen had encountered in Europe, stripped of their masculinity, bludgeoned by societal repression and ferocious feminism into being neither properly male nor female.  How, Ehimhen wondered, could Oche retain such a disposition in Nigeria?

Oche, obviously striving to be a communicative host, asked, ‘I hear you execute contracts?’  Ehimhen nodded and grunted his affirmation.

‘I’m told it can be a hard life for contractors,’ Oche said, ‘going to ministries, having to kowtow to everyone from messengers to directors.’

‘We try.  It’s not easy anywhere,’ Ehimhen replied, pondering Oche’s habit of speaking in proper sentences, enunciated as a television newsreader’s, feeling inferior to Oche and resenting him for that.  He was further irritated when Oche said, ‘The saying goes, “ease is promised to none.”  A luta continua!’  Having assured himself that Ehimhen liked the programme on television, he excused himself to the kitchen.

Oche later appeared with a tray of steaming, enticing items and syrup.  ‘Specialite de la maison,’ he announced excitedly.   Ehimhen must have looked uncomprehending of his French, because he translated, ‘the house’s speciality.’

Ehimhen relished Oche’s pancakes.  When he declined yet another help, feeling his gusto was becoming unseemly, Oche urged, ‘You’re my guest.  Abeni… that’s my girlfriend… was meant to come, but has an early start at work tomorrow.’

Ehimhen was surprised at Oche’s allusion to a girlfriend.  He had felt a man so emasculate must be gay.  Oche’s next remark surprised him.  ‘I wish Abeni were here.’  Adoration was writ large on his face.  ‘When she’s here, the place lights up.’

kind of man is this?  Ehimhen wondered.  The practice Ehimhen espoused was that a man might abase himself to a woman until the consummation.  Afterwards, the man would be offhand with her, sometimes kindly in a patronizing manner, but never adoring of, or deferential to her in front of his friends.  A man, Ehimhen felt, must be loath to be despised as a ‘woman lappa’: a man who fawned upon and clung to a woman, like a sarong (‘lappa’) tied around her waist.

‘Well, we’ll still have our outing without her,’ Oche declared in forlorn resignation.  He explained that, as Ehimhen was his guest, even if only for a night, he must give him an outing.

Oche drove Ehimhen to a beer garden in town where fish and chicken were grilled and sold, and diverse acts – singers and dancers – performed.

Ehimhen caught himself warming to Oche, even as part of him disliked the man for having dropped what he, Ehimhen, considered Oche’s proper Nigerian identity.  He found Oche’s civility – to the waiters and acquaintances they encountered – cloying.

When they were in Oche’s car for the drive home, Ehimhen said, ‘You act like white people.’  Oche appeared not to hear.  He was concentrating on easing his car out of a cluster of closely parked vehicles.  When they gained the street, Oche asked, ‘mind if we don’t use the ac?’

‘It’s nicer without when the air is cool,’ Oche explained.  The pleasant night air was indeed preferable to the contrived chill of the air-conditioner.

He pulled up at the side of the road, snarling at Ehimhen, ‘that’s the second time you’ve said that.’  Looking and sounding on the brink of murderous violence, he charged, ‘people who say that have an inferiority complex.  If I make you feel provincial, it’s not my fault.  My ways are not your business, right?  My obligation to you, solely as Ekong’s friend, is to host you until tomorrow, then you can fuck off.’

Oche maintained studious silence for the rest of the journey home.  He merely showed Ehimhen to the room where he would sleep, nodded and turned away without uttering even a syllable.

Ehimhen remained resolute, battling the conviction that he had transgressed, that his words and conduct abused his host’s hospitality.   To his surprise, he was restless in bed, unable to sleep…

Reginald Chiedu Ofodile is an award-winning author and international actor. Ofodile has been a very prolific and versatile writer, producing three novels, two books of plays, two poetry collections and a collection of short fiction, as well as essays and criticism. His awards include the Warehouse Theatre International Award in 1997, the BBC African Performance Award, the World Students’ Drama Trust’s Awards and the 2015 ANA/Abubakar Gimba award for a short story collection. He has also appeared across nations on stage and screen in many productions and coached actors.

Previous post WE ARE MANY | a short story by Ubong Johnson