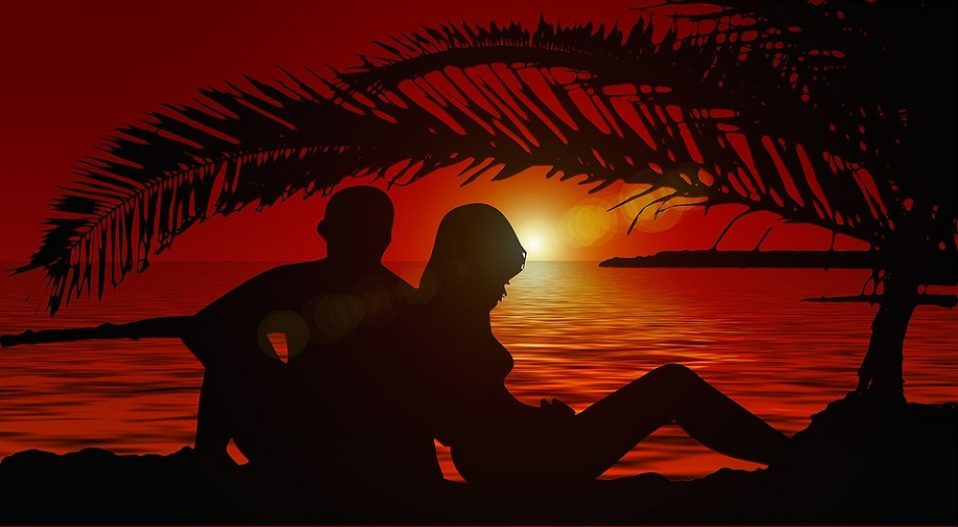 Who had a sight as sharp as laser;
One look into his crystal ball,
And sure he’ll say what will befall
The one that put him to the task
Leaving no question left to ask.
And true were all his prognosis;
Of birth, death and wilting roses.

This gazer’s heart was sorrow’s prey
And sadness grew in him each day;
For though the earth’s nooks he had trod
No woman’s love had heat his blood.
And when for love he tried to gaze
He saw naught but a misty haze
With just a sparkling dot within,
Beyond which nothing had he seen.

One day while thinking all alone,
In walked a dame with eyes that shone.
“Good day, great Sire,” she said to him,
Waking him from his daylight dream.
Her voice sounded so sweet and far
That all he did was gaze at her.
“O gaze for me good sire,” she said.
Yet on her face his eyeballs stayed

Without a cue his vision blurred
Again, the gazer she implored,
“Tell me good sire, say what you saw.”
He gazed at her just as before,
And then he saw that in her eyes
The breakdown of his vision lies;
The light that made her eyes so bright
Was none else but his vision’s light.

“O’Gazer, say what makes you smile?
Tell me my lot and please no guile.”
With quivering lips he answered her,
“Your fate and mine lies not afar;
For heaven made them both as one,
As though as one soul we were born
So if we cleave not we are lost;
Our hearts will rust until we’re dust.”

With scorn the park-eyed lady left
And home she went feeling bereft.
But when she tried to sleep that night,
The gazers image stayed in sight.
At last when into sleep she slipped,
She felt his kisses as she kipped
So up she got to take a stroll;
To lift her sad and troubled soul.

The gazer too he couldn’t sleep
For in his soul a gash lay deep.
Right in his heart he knew for sure
The spark-eyed lady was his cure.
So that night on a-wobbling feet,
He took a walk into the street.
His feet; they led him to a wall
In answer to an innate call.

The way he felt I cannot tell,
In fact the gazer almost fell,
When lifting up his eyes he saw
The spark-eyed lady in the fore.
And she, the surprise that she felt,
Could raise a dead corpse into health.
He said to her, “Please shed no tear
Just trust your heart and have no fear.”

He embraced her and kissed her blue,
She looked at him and kissed him too.
They knew the crystal ball was right,
For both their hearts were healed and light.
That night together did they lie,
Beside the wall, under the sky.
And there their hearts became but one;
The gazer and the spark-eyed one.

One thought on “THE GAZER AND THE SPARK-EYED ONE”