Adedayo Adeyemi Agarau a holder of the National Diploma of Nutrition and Dietetics of Federal Polytechnic, Ede is a social entrepreneur whose verses stick thorns in corrupt minds. Adedayo is the CEO of QualityPoets Foundation, a group of young poets who are devoted to giving new poets a voice.

He has won several poetry awards including; the What Can Words Do online poetry challenge (3rd Edition), Pulse Student Poetry Prize (Season 2), the Tony Tokunbo Fernandez poetry competition (Gold Prize), and also the Brigitte Poirson Poetry Contest (2015, July) and the Eriata Oribhabor Food Competition in 2016. Agarau was also ranked the 13th  in the 2014 EGC list of poets who rocked Nigeria.

His works centers on corruption, politics and social vices.

How and when did you start writing poetry?

I started writing in 2011 after secondary school. I wrote several things which by now I don’t know what genre to place them in (that’s even if I can find them). Around November 2012, I met Rasaq Malik Gbolahan on the 2go platform through a lady who took me through the basics of poetry. Rasaq referred me to his ‘notes’ on facebook. I read his works, his chants, dirges, elegies, odes, he took me through it all. I met Kukogho around that time and I had my first poem posted on WRR in January 2013.

What is your source for inspiration?

For a poet like me, anything including the smallest thing can inspire. I write out of inspiration. At least, I wrote “Poetry hates me” when I had “writers-block.” But all the same, music inspires me a great deal. The news does too, you can too.

Do you have a role model in poetry? If this is so, is this role model a template for your writings?

Yeah, I do have role models. Niyi Osundare, I didn’t talk about him earlier, sorry sir! Niyi Osundare’s work gave me the touch of simplicity I still write with today. Rasaq Malik’s writing as earlier said defines African poetry and I think that’s what I still do.
Shittu Fowora is a man I look up to so much, although he isn’t a template of my writings but the consistency and the awards I have won today is because there is a Shittu that sends me back to my notepad

On what type of theme do you write most? Or are you one of those poets who cannot be pinned down to one theme?

Often times, poets say I do love poems, some say its war, others says its corruption.

If I had just one theme they all will easily identify it.

Yes, I write on love, war, corruption and other themes but all are written to effect change.

Do you have a particular style or type of poem you thrive on?

A style? Yes, I have a style of writing poems. But I however experiment on other forms. I got a tutorial on forms from Kukogho Iruesiri Samson sometime ago and I still have them in my archive. I write haiku and do a lot of free verse.

What do you consider a conducive atmosphere for writing poetry?

Is poetry paying your bills? If not, according to your own assessment of your foray into the art so far, is it capable of paying it in the nearest future?

Allow me to laugh. Poetry has, in its own very small way, been paying my bills. I have won competitions that have cash attached to it, but, we hope that it gets better.

The government is scared to pay people who speak continuously about their corrupt deeds. I’m fine with poetry as long as it is termed the tool for change.

Apart from poetry, what other things are you involved in?

I studied Nutrition and Dietetics. I am still a student. Aside that, I sing. I recently decided to take music serious. Also, I have a Brand (Ready Aim Media) I’m working on with my partner (name withheld), this brand in conjunction with other brands like WRR, PIN, ix2 media, hopefully will work things out for poetry and poets. I also have a personal brand I’m working on “QualityPoets Magazine” that should set out soon.

It is true that poets are born but I have chosen to believe that better poets are made. The tireless efforts of the individual will bring him out from his peers and stand him out as a better poet.

In your young career so far as a poet, you’ve been able to clinch prizes and awards here and there, what would you say is the secret to this considerable success?

I write, show, consult, edit, scrap, edit, re-edit and then send. I have won awards and competitions not because I am the best poet around but because my poems strike the readers directly. The secret is GRACE.

Where exactly do you picture yourself in the nearest and distant future in the world of poetry?

Somewhere in comfort, sponsoring poetry and staging massive events. Pulling poetry crusades and working out royalties for poets while clinching international prizes to myself.

How would you advise a beginner poet to go about writing poetry?

Hmm… find a poet that turns you on, dissect his works like dead cadavers, find expression in yourself and be the best of yourself you can be. 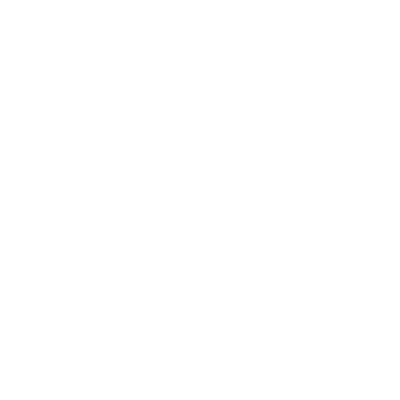