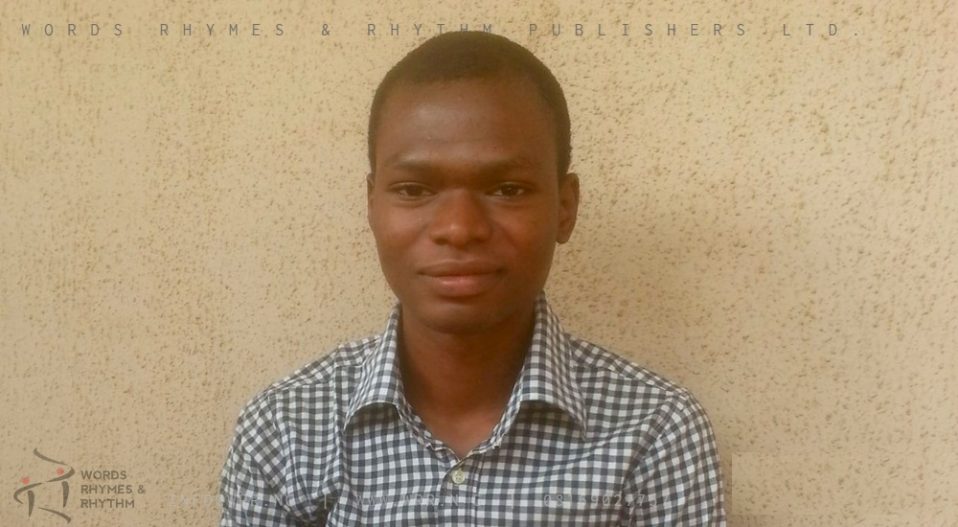 Nigerian writer HUSSANI ABDULRAHIM is the winner of the WRR ‘HUMANITY’ FLASH CONTEST which required entrants to submit a poem, essay or short story in under 100 words on the theme of love, kindness, and humanity for a chance to win N5,000 cash prize.

Hussani won the contest with a paradoxical short story titled REVOLT, described by the contest judge –Jide Badmus, author of THERE IS A STORM IN MY HEAD, as “original and novel.” He is presently a student of Usmanu Dan Fodio University, Sokoto (UDUS), where he is studying Pure Chemistry.

Hussani has written a host of poems and short stories, inspired by the works of the late Chinua Achebe, Gabriel Okara, Oswald Mitshali, and a host of others. He is a joint-winner of the 2016 Words Rhymes & Rhythm GREEN AUTHORS PRIZE for young, unpublished Nigerian writers.

They’re camped round a plate of beans. Sweaty bare skins gleaming beneath a savage sun. They look at me in awe, smiles clothed in the nudity of scattered teeth. That natural feel both unapologetic and
unguarded.
One pauses, gazes at me, the rest follow as though they’re just realizing the truth about my presence. The plate’s there, half eaten. One straightens his bony frame and begins a lazy run into the freedom
of my embrace. The rest follow, the plate now lonely.
This is how a revolt starts. One person makes a tiny gesture, soon the world’s on fire.

“REVOLT stands out as the entry that best addresses the theme with its paradoxical nature. It speaks of love and kindness in one breath but also shows the nuances of contrasts…of how fires are started with tiny sparks — how acts of kindness could be tools for mind control. Of how bringing people together could be weapons to stir revolt and disunity. The author paints vivid images. His attempt is original and novel.” — Jide Badmus

My eyes sit in sockets, hollows of stories that tell themselves. A noose hangs from the ceiling.
On the stool, I take a deep breath.
“Igwe! Igwe! You have to see this!”
I hear my name from a distance. I pause. Chibuihe bursts the door open, holding a phone. I hurry
down from where I’d passed my own sentence towards my brother.
“Gimme the phone,” I say.
Chibuihe’s eyes stare past me. The intensity of disbelief in his face forces me to look back. Two legs dangle, suspended above a stool lying idly by.
A story has ended. Too soon.

Drunkenly,
Love crept
Into my heart.

Quietly,
It stays,
Engulfing my mind.

Most days, she is;
.
Like a lone star
Straying on a moonless night
Like a still body
Sinking in solitude
.
Like a mirror
Made of broken glasses
.
Like a poem
Scribbled on a bleeding wall
.
Like a song
That leaves one broken
.
Like a girl
With a fading shadow
.
But like waves, her soul seeks love
One that never grows into a waterfall

WORDS RHYMES & RHYTHM is a foremost Nigerian publishing and educational institution with a passion for discovering, developing and promoting young literary talents through several youth-targeted initiatives, prestigious writing competitions, and other recreational activities. We are dedicated to rewriting the world, one verse at a time [READ MORE].