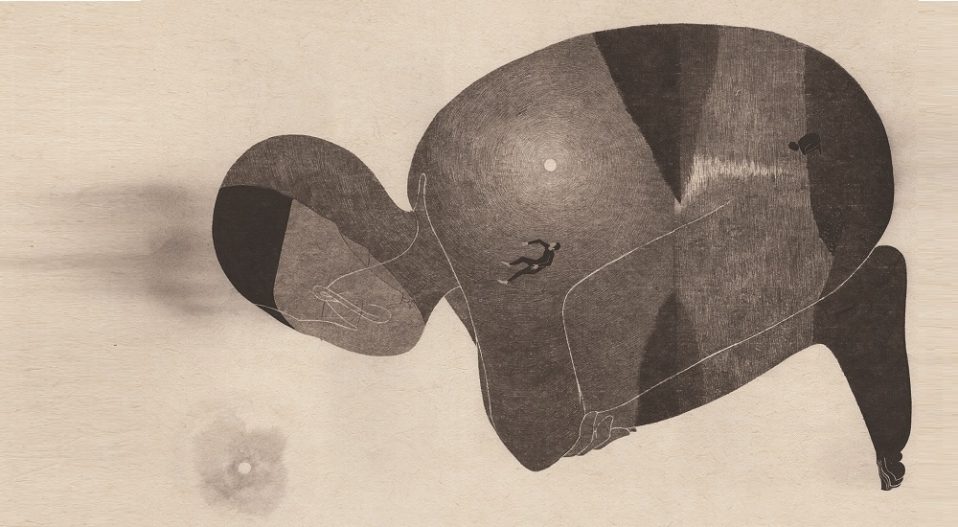 Today, we have seen numerous death of young promising writers by suicide. Exactly last year, we lost the talented Chukwuemeka Akachi, whose death spreads like a sandstorm. The same year, an online literary blog published the name of five young students writers who died by suicide.

(For Everyone who lost their lives to suicide)

Chukwuemeka Akachi’s Facebook wall is a museum today, with artefacts. It is a historical or pilgrimage site where thousands of travellers walk in every day. Often times, others invite friends and of course others went in to drop heartfelt comments, that might never be responded to.

Today, we have seen numerous death of young promising writers by suicide. Exactly last year, we lost the talented Chukwuemeka Akachi, whose death spreads like a sandstorm. The same year, an online literary blog published the name of five young students writers who died by suicide. Shortly, we learned the news of another young writer’s exile who was never seen again. Again, more suicide cases were recorded. And recently, we lost Rachael Adeleke, another promising poet. And today, we hundreds of other Akachi’s or Rachael’s among growing writers battling with depression, alone.

Therefore, one year after Akachi’s death, I was motivated to write this essay just the way Dr. Jennifer H. Mike of the American University of Nigeria was motivated to start advocating for discrimination of attempted suicide in Nigeria, after Alachi’s death. As such, most of the finding mirrors the legendary Akachi. I write this, with the sorrow of the lost souls, the pity of those battling now, and hope for the future ones.

“I HAVE FINALLY LEARNED THAT POEM CANNOT SAVE LIFE” Pages Matam.

On World Poetry Day 2019, Akachi posted this thoughtful quote. Certainly, poetry cannot save a dying poet, for it is not always an antidote. Most times, the poets don’t find sorrow in poetry, but poetry finds sorrow in them. Many writers discovered writing or poetry due to some psychological ail they found themselves in, thus in an attempt to have a voice, they became writers.

Poetry is a horse and poets are the riders. When poets climbed on the saddle, they lost their power to control the bridle with their hands. Thus their minds control the horse. In this case, a depressed poet begins to write ‘Dark Poems’. Poems spewing pains, anguish and grief. And now, their poem is no more therapy to them like other poets, it became a weapon, an embodiment of shackles. And I ask, why do poets often times end up seeking for honey in their puzzled path that can’t save their lives? Are we the only depressed set of people, then why is ours different?

Most times we openly say we are writing for ourselves alone, and every one of us understands that the writing career is never a rejection-free career, even those who haven’t had experiences have read about writers whose bellies were filled with rejection letters. However, the stark rejection of a work that you have put in restless weeks to produce in a place you were expecting resounding applause can be very frustrating. But I think its more frustrating for a young writer who gets two acceptance out of fifty submissions per annum.

April 23rd 2019, Akachi posted one of his rejection letters with the caption; ‘Some Rejection Sef. SMH.’ It was a letter that started with “Thanks…unfortunately, the submission is not right for us at this time” and ended with; “We see you poet.” After the post, a friend comment with ‘This is encouragement’. And Akachi replied; ‘Really? Ok. Well, it is better than silence.’

This is not just Akachi, rejection letters have been breaking our spines. Presently, I am on a break after receiving over thirty rejections just from January to April. I suppose it happens to every writer, but what do you think of a young tender one who only finds little smile in their writings? And how about the young writer who only finds a home in their writing, and rejection sends them packing? I think we should have an online magazine named TRASH that would publish all sets of trash we sent, without rejecting them. Lol.

WRITING IS A PRETTY DEMON

A lot of people see writing as a demon. Maybe a pretty cute one. Well, I may not be one of them, but we can delve into their points as well. Many see writing as an eye-opener that possesses one, introduce them to deep helpless thoughts and imagination, to the deepest point at which they wobble with questions that no one has answers to and answers no one can question. Introducing them to a new planet that stands atop planet earth and sees differently from every other person. Maybe with twelve more eyes.

Ifeanyi Nwakpoke, one of Akachi’s close friend in his personal essay about Akachi said; “…And in most cases, I have walked with him so we could talk. And in many of the cases, it is about ‘existential questions’, because of how a certain online magazine didn’t publish him….’’ So, If writing is truly a pretty demon (sometimes) when do we know the right time to break out or stay? How do we get to live with this beautiful pretty demon?

I wouldn’t want to raise the old sleeping debate about writer’s validation. Perhaps not this time. However, as writers, we know that we must learn to self-validate ourselves, and derive the pleasure, rather than validation or rewards that may or may not come. However, we equally need to be honest with the process, to understand the pain of those young dudes who have been doing it for a while and the world seems very busy to listen. To make us say the naked truth about what validity means to a writer; to be realistic about how Prizes presents a cake to writers career and how books see the eyes of the day for having ‘New York Times Best Selling Author’ tags on them. And lastly, to say the truth about how painful it can be to work, and work and work again, for years, and no one notice. On March 28th 2019, Akachi published a two words post, ‘Fuck Validation’. To me, these are words for aren’t just two words post, they are paragraphs of pain. Similarly, on 7th April, 2019, he posted a certificate of recognition as an editorial assistant for NantyGreens, with the caption; ‘This just came in. I am so happy.’ You see what validation does? Good. It is apparent that everyone has their own motive, but those who write for themselves alone are keeping them in their wardrobes. A little ‘Weldone’ means a lot.

A month after the death of Akachi, I went through his Facebook wall. And I find out that a lot of his posts have few or no likes or comment. But the biggest irony now is that; all his post including those with as few as two words are getting hundreds and thousands of reactions and comments on them every day. Moreover, during my research on this essay, I found almost 150 blogs, news media and literary and non-literary magazines who have published or written something about Akachi. The world is crazy right? Now tell me, how do we confront this?

In the words of Kukogho Iruesiri Samson, which I find very true, today people so much eulogize suicide so much that the young people get tempted to go for the glory. Many young people, especially those experiencing psychological discomfort among the young writers, see suicide as a medal you receive (or others received for you) after a 1000m race, that they make it look so golden, especially if it contains elements of suicide notes in them.

This is not an attempt to disapprove the fact that people get depressed and think of suicide. Depression is real. Suicide is real. But the young people (depressed) go beyond to think that victims are people that won the war without any scratch and walking out proudly with the beats of victory drums. This is not my opinion, but what is visible. The question here is, why do we get applause when we write about suicide and death?

WRITERS ARE WEAK AND UNHAPPY

Writers are weak, strong, happy and unhappy. We are water, we don’t have forms, we take the shape of the container we are poured in. That is why we are writers because we are humans too.

Written by Sa’id Sa’ad Abubakar and first published on Facebook.