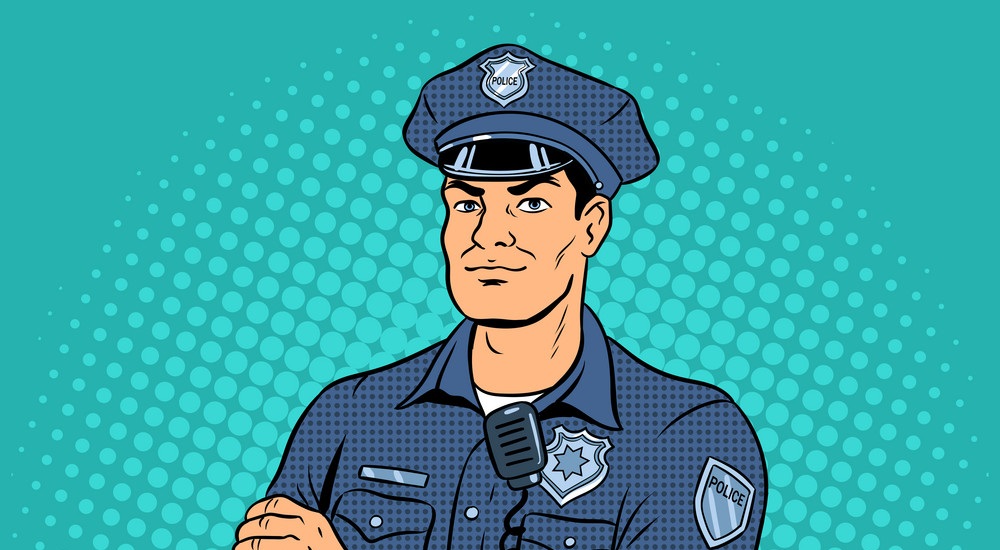 Walter has assembled the most vivid of characters and personalities, history, geography and cities in A Policeman’s Lot. London comes to life as the narrator transcends one stage of his life to the other and the writer has done justice to both the story and the settings of the story which indulges us to go out looking to feel the settings, and of course as existent as the story itself.

A Policeman’s Lot achieved so many things it set out to as a memoir, most notable of which is its ability to not bore the reader for once. It is a bold and amusing page-turner that propels the reader from the beginning and manages to hold the fast-paced, witty and compelling narrative till the last page of the book. This is no surprise as the writer is a good plotter with lots of intriguing stories about and around his life growing up in London as a child, 2 years military service, police officer, and family man.

Most of the chapters have the ability to survive on their own as short stories because the writer has invested a lot of creativity, plot and structure in the chapters of this memoir. Walter has assembled the most vivid of characters and personalities, history, geography and cities in A Policeman’s Lot. London comes to life as the narrator transcends one stage of his life to the other and the writer has done justice to both the story and the settings of the story which indulges us to go out looking to feel the settings, and of course as existent as the story itself.

The memoir might be immersed in a lot of police and military jargons; but what do we expect, it is a memoir of a retired policeman, his life and experiences as he was bound to live it. A Policeman’s Lot is informative and the reader is assured of learning history lessons he wouldn’t get to hear in the classroom. For example, Walter tells us that “[he] suspect that the UK has more local and distinctive dialects than the rest of the English speaking world put together.”

In this memoir, we get to hear amusing facts about the Celts, Cockney diction, English slangs.  We get to hear about real characters in history: Douglas Bader, the infamous Jack the Ripper, Sir Richard Mayne and a lot of allusions we can go looking out for in history. We get to know that “people from the northeast are called Geordies, about the history of The Royal Northumberland Fusiliers and the industrial revolution in England. And also origins of words like “constable”, “Goerdie” we’d ordinarily not have known but for the pages of The Policeman’s Lot.

A Policeman’s Lot reads like a movie— fast cars, police chase and investigations, criminals and offenders trying to escape the police. This memoir seems has characters that seem like they’re coming straight from a Fast and Furious scene or a James Bond.

Despite the tense atmosphere in most of the scenes, what is more important is that Walter never forgets to reconcile us to his humaneness. He reminds us that there is nothing like a “criminal mind” only a person with a weak conscience. He argues that humans all have potentials for crime only most of us have a conscience or a fear of getting caught. He reiterates that “any exploitation of women and young girls is wrong” and we are in no doubt of his values. Hence, after all, said and done, the reader gets to read through the pages of A Policeman’s Lot a narrator who didn’t allow his job which demands so much machismo overwhelm his humanity.

Sometimes, the author diverts to tell us about what is obtainable in popular culture about the police force and how totally different it is in reality. He does an extensive comparative study between police and how they are being portrayed in popular culture and in real life. He uses series on BBC TV, Morse and The Bill, to drive his point home and this feat on its own opens a vast subject of discussion for film critics. The writer has an eye for details and he did his time in service looking out for and bearing in mind those subtle things that make the world go round. He paid attention to every experience he has had while on duty with his colleagues, alleged criminals, suspects, lawbreakers, the society and this vivid and plausible memoir is the result of his attentiveness. Suffice to say this isn’t just a memoir about the police force, but a philosophical testament of society, career, identity and even crime.

A Policeman’s Lot speaks on the psychology and sociology of the police. Relationship between policemen and criminals, policemen and society. The ethics and terms of service of the police force. This book might seem a bit inclusive, written basically for police officers, but leafing through the pages would tell you it isn’t. And most importantly, the writer made the narrative enjoyable and interesting and readers would just want to experience this book even for just what it is: A memoir.

A Policeman’s Lot wanders and dabbles into different topics and scenes, most of them unrelated and evitable, which overstuffs the narrative. But for Walter’s breathtaking stories and larger-than-life characters, his ability to picture settings and give it real images, the book would have been just another “overly-subjective memoir”.

Part two of the memoir chronicles the narrator’s experiences in post-apartheid South Africa as the head of four other senior police officers from other countries who are to work on how to influence the South African police force to “police” democracy in the newly democratic state. Walter’s adventure is worth reading and has fresh and novel tastes you’d never have heard whispered anywhere. There are a lot of take-home points and unforgettable experiences in this memoir. This is all interesting as readers read through the adventurous life of the narrator, a sort of coming-of-age narrative that has career and history as its milieu.

A Policeman’s Lot is the kind of book that people who have grappled with their career and are now retiring in a retirement home would want to read and scream “that’s just me way back”. It is a story we can all relate to, young and old. It delves into religion, ethics, morals, occupation and career and the writer handles his themes so well by offering himself, a perfect picture where we get to see and relate to. It is a compulsive read.

Previous post TO LOVE (a poem by Imelda Ugwuanyi)