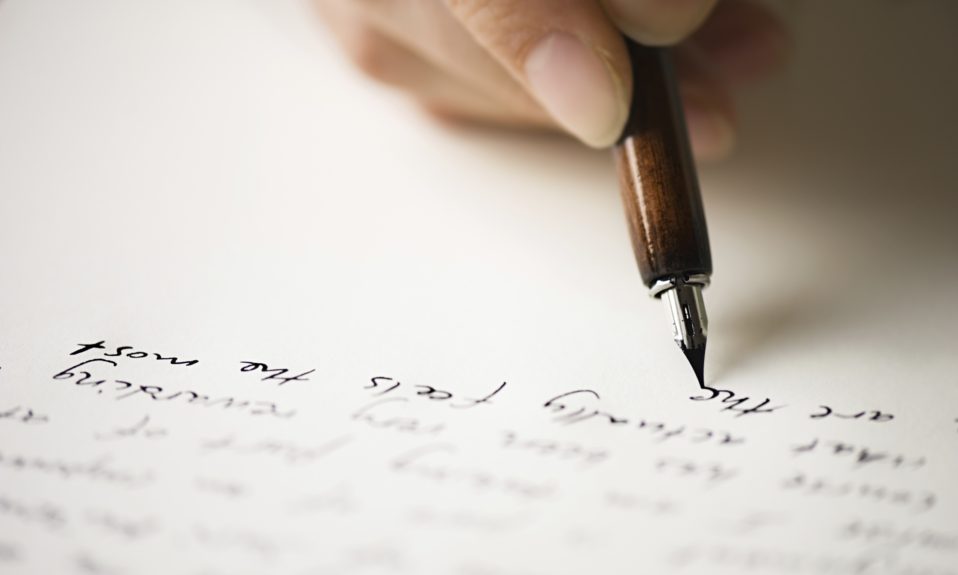 It’s been years of writing. Believe me, it’s been hectic but fun too. I have had my essays, articles, fictions, and poems published in magazines and journals. Besides, I have an online magazine, host contests, and curate anthologies. So I have the best opportunity of writing this based on my experience so far.

You read news every day but you may not have noticed that headlines are either written in present tense e.g. “Dbanj, wife loses son in home accident” or future tense e.g. “Croatia to faceoff with France in World Cup final“. This is because news, at the time of writing them, shouldn’t be stale. Meanwhile, the body may denote the exact tense or time of the event.

Some magazines prefer dash when joining phrases or complete sentences to semicolon. Examples of journals which place preference on that is Kalahari review.

Have you ever wondered why it becomes so difficult to find a befitting title for your poem/prose, that most times they remain ‘untitled’? The title of a write-up is the summary or synopsis of the entire content, often as a single word or phrase. So you bringing a 5000 words article or story into a short catchy sentence is most times a hill, an insurmountable one at that. This is why most writers prefer titling even before creating the content.

Fellow readers here will agree with me that there is a vast difference between Soyinka and Achebe’s works when using diction as a benchmark. Personally, I tend to run from Soyinka’s books because of his grandiloquence. The reason why I’m still contemplating whether to begin reading his second translation of Fagunwa’s books which has been on my table for weeks but embraces Achebe’s because of the simplicity. However, the point here remains the fact that a writer’s diction when known can be used to identify them.

That being said, the standard format for word document (based on research from the requirements of most sought-after magazines) is: Times New Roman as font style, 12points as font size and single line spacing for poetry and double line spacing for prose. Most magazines clarify this in their submission guidelines though.

Few of the modern days’ ideas are new. Most are already proven and documented ideologies rephrased into more modern relatable terms. Why lift a writer’s work when you can easily read, narrow down at the subject matter, get the idea behind it and rewrite in your own language?

Modern news writers have reduced the usage of these words above when titling news, but at times when the conjunctions are necessary, they replace with a coma. E.g. “The Christian Association of Nigeria tells Buari and Osinbajo to resign” is best written as “Resign, CAN tells Buari, Osinbajo”

Every language has its history. There’s always a culture behind its emergence. This is why there are always twists in Americans’ dialogues. Knowing the tradition behind a language makes it more flexible for writing. Even as a poet, you don’t have to force your poem when you’re conversant with the background of the language. This is the reason most dialogues in ‘Game of Thrones‘ are unintentionally poetic.

We all know most dedicated writers seem to have a special interest in these sugar dominated drinks. This is because writing, more like programming, is a psychological work. The stress is mental, rather than physical. And in the process of thinking and brainstorming, the sugar level of the body gets reduced. Therefore these drinks are needed to spice things up. However, this doesn’t argue the fact that they are abused.

This is the age when there are document formats like pdf, epub, docx and others for book publishing, And also online bookstores like Kobobooks, Amazon, Okadabooks, Booklify and others like them. Yet, with the advantage of eBooks being handier and cheaper, even free at times, most readers still love the hardcovers. The reason, to me, is farfetched.

Most writers quit at the youth of their career because their dreams of becoming celebrated and fulfilled are not coming true. That being said, the truth is prizes and awards aren’t true portraits of writer’s prowess. I’m not saying those who get them don’t deserve them, and I’m not saying those who deserve them don’t get them. I’m just saying not all writers will, at the point they expect in their career, have them. I read one of Chris Abani‘s recent interviews and he confirmed that. But the only thing every writer has in their palm is a long-lasting legacy. The question is when is it right to start building one?

Take this true test of mastery. Write a short poem/prose absentmindedly or subconsciously. Leave it for hours and then go back to read. If you can’t find at least five different figures of speech in there, then you haven’t taken your art seriously. You should only go back to your works to correct typo errors, add more beauty to the ones already there by default, and reconstruct some sentences.

Erotica explores and celebrates what most people restrict to the corner of their bedroom. But even at that, it’s still art. Someone sent me a chat on Facebook messenger some days ago after reading my post about God and his dealings. He said he wasn’t expecting me to be godly because of my #EroGospel series. I did laugh. Erotica doesn’t make its writers dumb or sexually irresponsible. The difference between love and lust is while one deals with the emotions, the other does with the body. And they’re like software and hardware components of a computer. They have to interact to function.

These days when the true test of writers ability are literary competitions, magazine publications, and writing workshops, It’s difficult to be anything and go scot free. You have to be what they want you to be, following rules and guidelines. Else, you won’t get anywhere. This doesn’t undermine the significance of creativity though.

As much as that is tested and trusted as the only working solution after all other methods have proved abortive, it’s also risky. You either come back fully loaded or lose it forever.

Previous post REVIEW: ‘LET ME RUN MAD TODAY’ WILL NEVER BE A BORING READ FOR ANY LOVER OF POETRY, ART AND LITERATURE