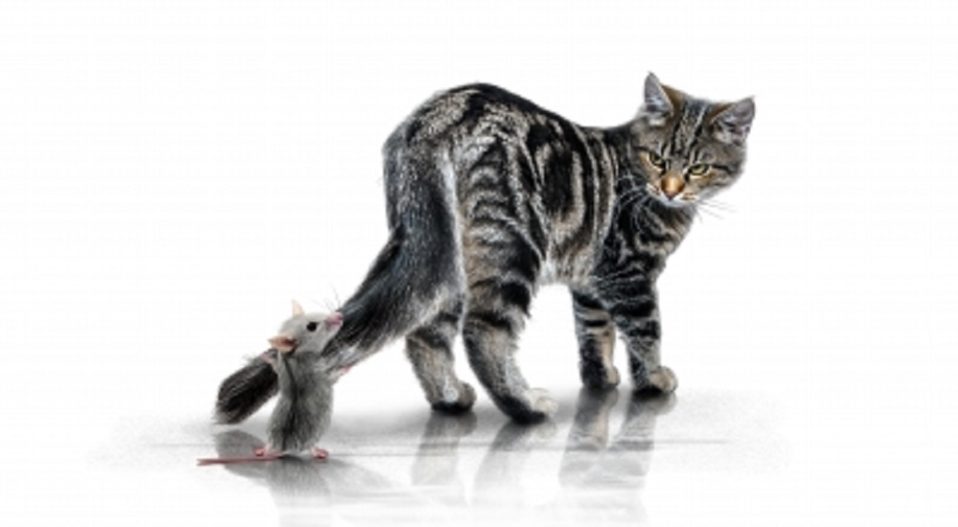 Three old spinster mice,
thought they ought to be nice.
They found a cold kitten,
and they didn’t stop to reason.
They took her to their hole,
and Dorothy brought milk and rolls.

The kitten soon felt fine,
and she began to whine.
Playful Pamela peeped in her crib,
and poked her in the ribs.
It seems she didn’t know the adage:
One man’s fun is another man’s rage.
The poke provoked Katie Kitty,
and Pamela was deeply bitten.
Pamela gave out with a groan,
for the wound showed her bone.

Stern Stella with her glasses,
came out hoping to give lashes.
She said, `Katie, do be still!’
And Katie’s eyes became steel.
She made a most mighty leap,
and landed all claws on Stella’s hips.
Stella gave out a crow’s cry,
And scurried off, wishing she could fly.

Dorothy, being a doting one,
Came out, holding a creamy bun.
She called, `Katie come have a bite’,
and oh! she did have a bite!
Dorothy’s hand was bitten with the bun,
and oh! my, could Dorothy fly?

While their rage was still seething,
all three decided to hold a meeting.
An idea struck them so meaty,
and they evacuated Katie.
They then signed a treaty,
Never to be nice, but creepy.
So the mice in your houses are sneaky,
’cause on the ancient wall hangs the treaty.