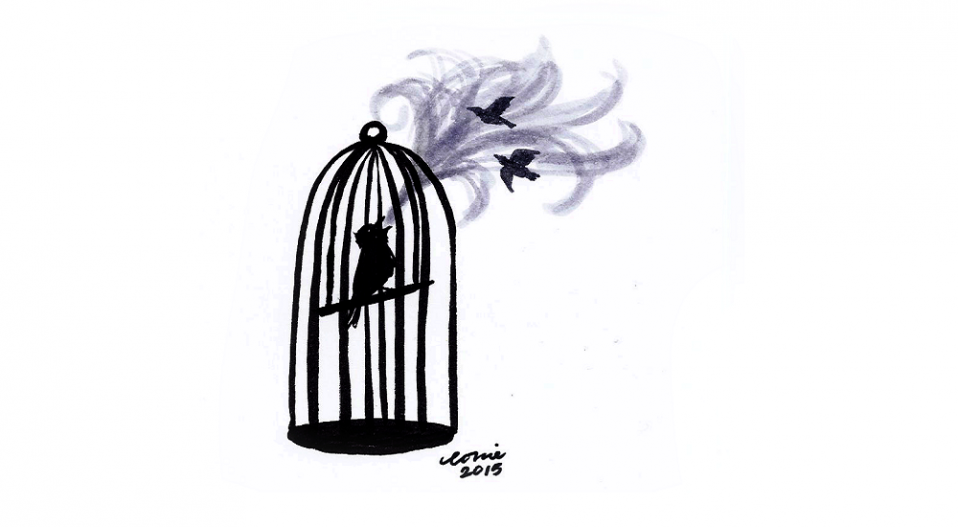 this caged bird is a boy, who longed for life,
for love, for normality. teachers said he was arrogant,
that he could well hear you speak, but he won’t reply you