Skip to content
POETRY
Facebook
Twitter
LinkedIn
Read Time:39 Second
They passed and stood by
under Molete bridge’s news stand
their eyeballs romancing the dailies without mercy
Chanting in different sounds
that rapes my ears roughly…

It was a pleasant but ugly sight
that drew me sluggishly to the site
but pity enough
they talk only about
Sir Alex’s success
Mourino’s story
Moyes succession
and CR7’S confession.

“Pathetic,” I said
While reading the story about
Tambuwal and brother Jona… 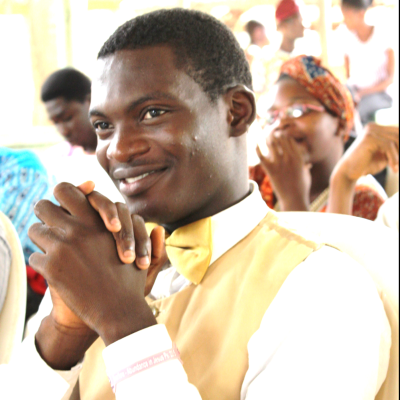 Adedayo Adeyemi Agarau is a poet, photographer and nutritionist. He has won several awards. His first collection of poems, FOR BOYS WHO WENT, was published in 2017.
tohquality@gmail.com

WHAT IF (a poem by Agnes Olayemi Johnson)

THE HILL WE CLIMB & SHADOW IN THE DARK (two poems by Stephen S. Moore)

more than mere flesh and bone (and 3 other poems by Linda M. Crate)

women don’t owe you anything (a poem by Linda M. Crate)

FESTIVAL OF CLOUDS (a poem by Salam Adejoke)