Several eyes beam their lights on me and lo a cast.

It’s my look-alike, but yet so dark and doesn’t last.
It gives me several looks, of some I know, like my past.
Also, of some that hurts, like I’m no good or an outcast.

It attaches itself to my feet while I walk.
So long as the eyes beam it would stalk.
Are you me? I ask, but it wouldn’t talk.
It shrinks me at times and at others, methinks I’m a hulk.

We have similar features and semblance,
And we make same twists and turns while we dance,
When the eyes don’t beam, I bemoan its disappearance;
because I do remain but unaware of my relevance.

It could possibly be faster than I think.
Maybe it moves only when my eyes blink.
Someday I stretched my hands to offer a drink.
But it wouldn’t face me and that made my heart sink.

Was on a lane one chilly night where eye beams were four directional.
Staring at the floor, I pondered ‘which one was my original?’
Four casts on the floor; which of them was to me cardinal?
I sure knew I was lawful, but all four casted a criminal.

Saddened and overwhelmed, I scurried to flee the eyes into the dark.
The only place I knew was where the casts doth existence lack.
Away from the eyes, I felt much safer in the chancy black.
Fell asleep in the cold night with darkness as my ark.

The sun rays had fought my eyes and eventually won
I stretched my weary body to embrace the airy dawn
The cast! The cast! Single and petite, must be the sun.
I was used to the sun’s cast of me, so my fears were gone.

I saw I was alone and thirsty in some nearby village,
blessed with a flowery lonely Rock of ceaseless spillage.
I surged to drink and also to relish the fragrance of fresh sage.
Lo, right before my eyes as I scooped – lay my true image.

Was this true? Could this be truly what I looked like?
Beautiful, spotless, with a price unaffordable yet ever on the hike?
The eye beams always casted me a no-good, like a rounded spike.
Awed, I stood beholding the me I prized and then; like a lightning strike.

I have to leave this Rock! This village! This instant!!
Too many unattended issues and clients lie distant.
I galloped with hurry, must trade for I was a busy merchant.
Lo, my casts returned in different forms, none to me was pleasant.

Though I made some money, it never satisfied.
There was so much to do with it, my needs never died.
O! At that Rock I felt no need and thought my heart had lied –
the cast of the Rock did swallow my cast, so embittered I cried.

I return for just a look or even to abide?
The houses built, the clients won, the horses that I ride.
From whence shall I flee from the eyes and my casts forever hide?
The same village where I own nothing but the Rock and its ceaseless tide. 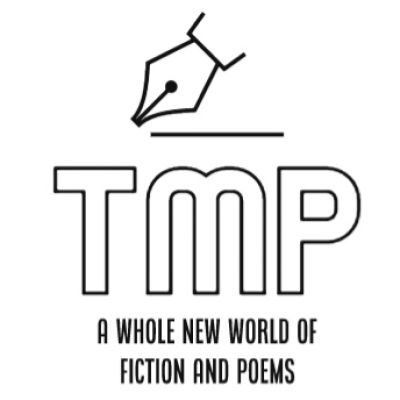 Next post WWW (WORLD WITHOUT WOMAN) by Akinbode Oluwatobi Israel