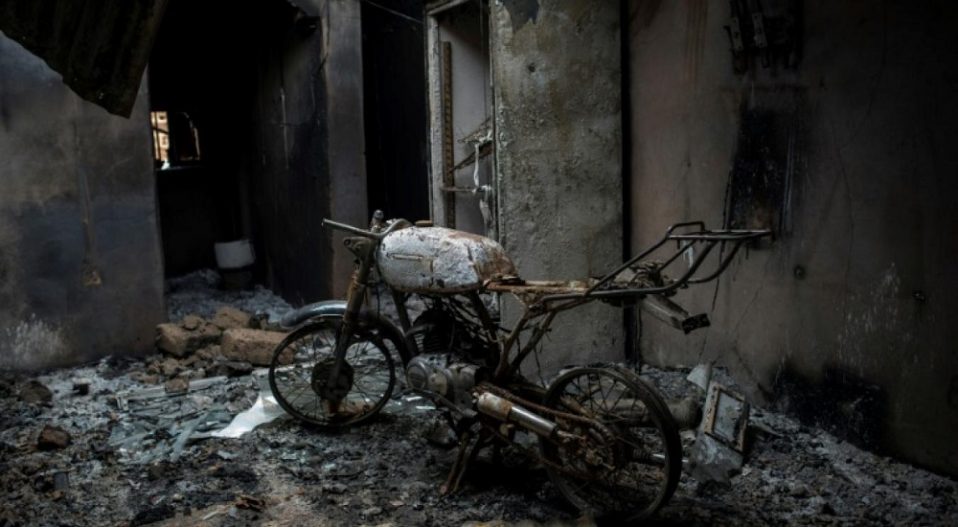 Again we write more chapters
in our ‘book of bloods’
with the narratives, an heritage for distant
tongues to tell whose skins are unpeeled
by cowry demons, but bruised as Benue, Taraba,
Nasarawa, Adamawa, Kaduna, Zamfara,…
and more to come.

I hear that there is no justice in the Zoo
and that the jungle belong to animals.
Yes, Game land(s) are framed for frolics,
and the best of zones for recreation is the
North (‘s) – and its Central(s);
do you not know?

I implore you,
Sing for us dirges and elegies
and If you can, rain down your lake of tears
with mouths, stretched as mats
but beware of the perfumes of our
dead and rotten bodies, skulls and bloods
splashed across the four corners of Plateau
for the sun is red-faced and Jos’ green hills
are well graced with ghosts and vultures.

To the lands unknown we belong
Not of this mortuary sloganed, Peace’s paradise
where blood is the water of our streams
and our pink liquids, the juice for winged creatures.

To a green land we seek shelter
For no man, once gifted with an invitation to Hades
and of its black pleasure he had tasted would succumb
to a second call howbeit the splendours promised

But of the city of Peace I covet where Justice
has got a tongue and not of red fields and cliffs
filled with ‘lovers of fire’ and politrickcians.

They are no refugees or weeds.
They are ordinary people in pursuit of
happiness in their farmlands.
They are like some of us, huntsmen
in search of hope, love, and a fertile life
and should be cherished as God’s Human Beings,
NOT Cows.

Bring on the ‘Change’ You promised us, ‘APC’.

(…on the bloodbath in villages in Barkin Ladi, Mangu and Riyom ‘LGA’s’ of Plateau State, Nigeria where over 100 people were killed and several others injured, and houses burnt.) 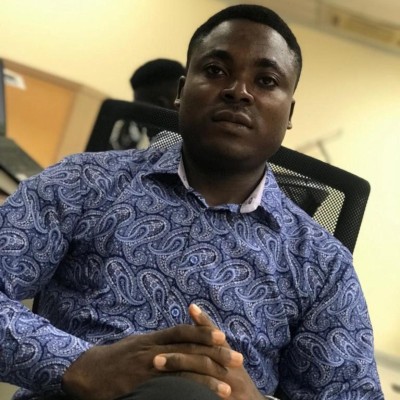 Victor Igiri is an award- winning Nigerian poet and essayist, and a writer based in Lagos, Nigeria. He is a creative entrepreneur who aims to "die empty" leveraging on his skills and talents to create positive impact on earth. He is a poet contributor for Independent Newspaper, Lagos, Wrr.ng, Nigerianmasterweb.com and a host of other websites where he shares his poems and inspirational articles. He is the administrator of Purpose Driven Youth Network, a website and Facebook page that is aimed at inspiring people, especially the youths and teenagers in making impact in life. His poems have been anthologized in various spaces; nationally and internationally.
victorigiri161@gmail.com
http://victorigiri.wordpress.com