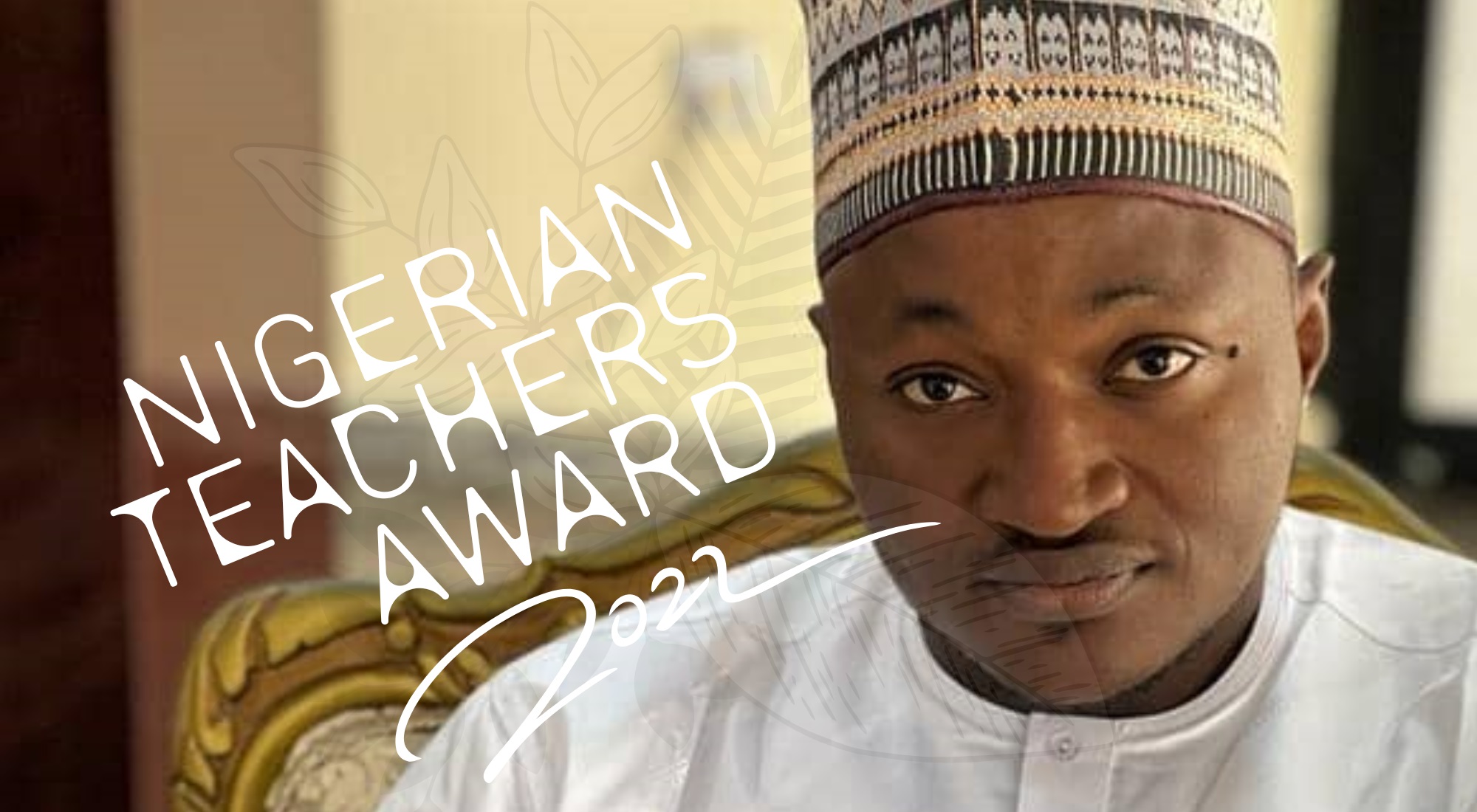 Musa Muhammad Usman is the winner of the Words Rhymes & Rhythm Nigerian Teachers Award (WRR-NTA) 2022 which honours Nigerian teachers of the English Language, Literature, and Creative Arts who have made outstanding contributions to the development of education and the literary industry in their respective schools.

NOMINATION CITATION: Musa is a creative mentor and arts administrator who teaches English language and Literature-in-English at Brilliant Footsteps International Academy, Sokoto. There were almost no creative and literary activities prior to Musa Muhammad Usman joining the school. Frustrated by the lack of activities to engage the students’ artistic talents, he established a community of student poets and readers. He later organized weekly sessions with members on contemporary poetry and literature, leading them to the first edition of the Sokoto Book and Arts Festival. There, they emerged winners of a literary contest with recitations of poems by the famous performance poet, Dike Chukwumerije. The team’s excellent outing convinced the school’s management to support a Musa-led creative program called Brilliant Arts and Literary Day (BALD). BALD has held for two consecutive years and produced excellent literary talent. A festival magazine featuring the works of the school’s students is published for each BALD edition.

Musa Muhammad Usman is a teacher, creative mentor and arts administrator. An English Language graduate from the Usmanu Danfodiyo University Sokoto, Musa has taught English language and Literature-in-English at Brilliant Footsteps International Academy, Sokoto. Through his teaching and literary activism, he has mentored several students, helping them to discover and develop their hidden creative talents. He is the curator of the Brilliant Arts and Literary Day (BALD) and oversees BALD Festival Magazine which features the works of his students. Musa is passionate about promoting literary activities and envisions a Sokoto where literature is taken as a priority.

The Award comes with a Certificate of Award, a cash token of N30,000 and the publication of a digital poetry anthology for students of Brilliant Footsteps International Academy, Sokoto, where he teaches.

We continue, in our own little way, to advocate that teachers be accorded the same professional respect given to other professionals, especially in terms of remuneration and working conditions. The WRR-NTA will be awarded every year to one teacher and we hope to increase the prize money in the near future. [READ MORE ABOUT WRR-NTA]