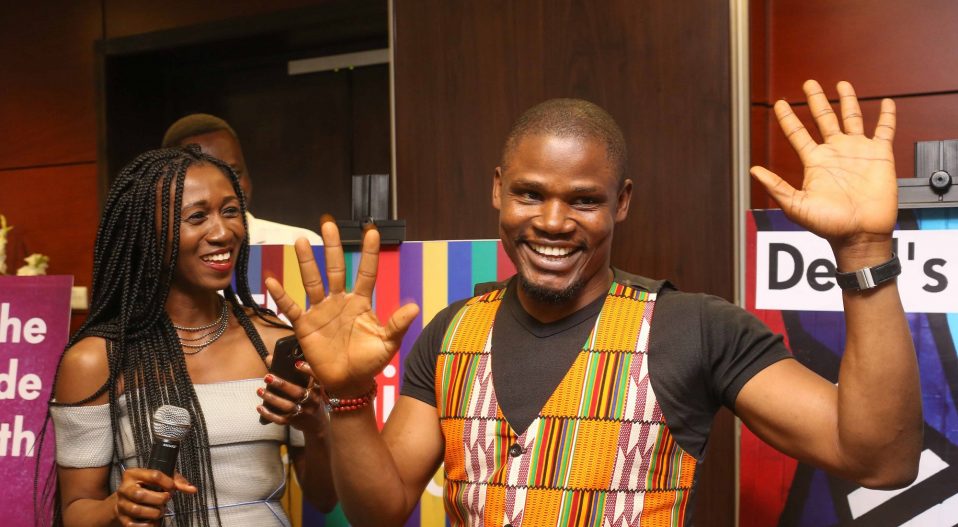 We send our hearty congratulations to the man of the moment Kukogho Iruesiri Samson, winner of the 2018 Guaranty Trust Bank Dusty Manuscript Contest for his unpublished novel DEVIL’S PAWN.

The judges, while announcing Devil’s Pawn as the winner of the contest said:

“The winning entry was a unanimous choice…The story is the best example of the possibilities inherent in genre fiction switching from crime to adventure, thriller to horror. Told in a fast paced narrative style that keeps you glued to the pages, our winning entry is a gift that keeps on giving.”

He was awarded N1million cash prize and a publishing contract with Farafina Books.

“It is an amazing feeling to be declared the winner of such a prestigious contest as the GT Bank Dusty Manuscript Contest, considering that the manuscript I submitted is 9-years-old, and the fact that I have spent most of the past 8 years focusing on writing and publishing four of my poetry collections,” Kukogho said after winning the prize.

He further noted that “the victory comes as a validation of my potentials as a fiction writer. It is a good feeling knowing that such reputable judges – Eghosa Imasuen, Toni Kan, Yejide Kilanko and Ainehi Edoro-Glines, could unanimously select my book Devil’s Pawn. I am now sufficiently motivated to continue work on my next novel.”

Kukogho, our able Founder/CEO, is an award-winning poet, author of 4 books (WHAT CAN WORDS DO 2013, I SAID THESE WORDS 2015, WORDS OF EROS 2017 & WE WHO SOWED HURT & BEADED PAINS 2017), multimedia journalist and youth mentor, known for his work with young Nigerian writers and the promotion of Nigerian writing through his educational and publishing firm, Words Rhymes & Rhythm Publishers Ltd.

He lives in Abuja.