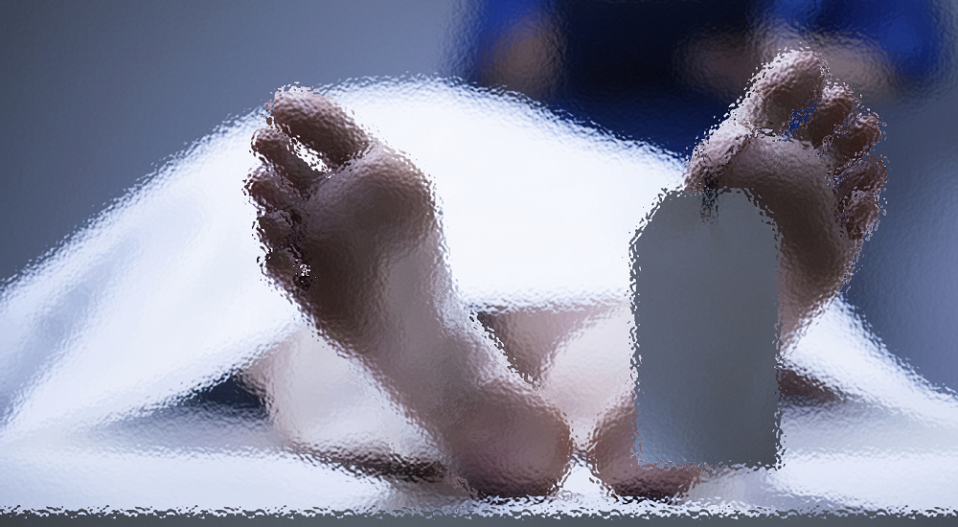 It is not death we must pray against or fear but rather sickness. Because sickness leaves us in between standing for life and falling for death. To be sick is to battle for life against death. It means something is coming for your dreams and aspirations, something is erasing your name gradually from the living and at the same time registering your name in the books of death.

“There is only one god, and His name is Death. And there is only one thing we say to Death: ‘not today’.” said by Syrio Forel, a master swordfighter and instructor hired by Lord Eddard Stark to train his daughter, Arya Stark, in Game of Thrones.

Let me add to the above observation:

It is not death we must pray against or fear but rather sickness. Because sickness leaves us in between standing for life and falling for death. To be sick is to battle for life against death. It means something is coming for your dreams and aspirations, something is erasing your name gradually from the living and at the same time registering your name in the books of death.

Sickness comes with pain. And as is usual of humans, pain makes us fighters. We fight to be here; we fight to live to fight another day. In the battle to stay alive, we are likely to lose greater things than life. Death is not the worst thing to happen to humans. Death rather ends it all, it takes us home to peace.

A fate far worse than death itself is when the only thing you have to trade in exchange for another chance to live is your reputation. Robert Greene said in his best-selling book 48 Laws of Power and I quote: “Reputation is the cornerstone of power: through reputation alone, you can intimidate and win; once it slips, however, you are vulnerable and will be attacked on all sides. Make your reputation unassailable. So much depends on your reputation.”

Obviously, because humans are not only spiritual beings but also flesh and blood, living is going to be the preferred option to death. It is upon the flesh to continue to live. It is upon humans to choose to fight, to choose to exchange precious things for another chance to be alive.

There is no such thing as ‘one and only chance’. Life keeps throwing chances our way. So far as we continue to have something to trade for those chances, we can continue to be alive.

It is for the same reason a well-respected man among his fellows will overlook his long-built reputation and get down to do whatever it will take him to be alive. Even if it comes at the cost of his reputation, he will take it and once he loses that reputation, he will be attacked on all sides. His good will vanish immediately and all you will hear and see around him are people telling stories of the bad as though they never heard or saw the good in the man.

When you lose your reputation, it doesn’t matter what you traded it for (even if you traded it for life). People you have long known as friends and family will become the slanderers of your name and they will push you further down to the point where life becomes worse than death.

However, one fact we must always know is that the man who attacks another’s reputation is exhibiting his own vulnerability, he is susceptible to attacks on his reputation too. The voices weren’t Karma’s only when we heard that ‘do unto others what you would want them to do unto you’.

This post is to remind ourselves that at any time in our lives, we have a unique ability to recreate ourselves. We have the power within ourselves to rebuild things we lost in the fight to be alive. It is that gift God placed in the depths of men’s hearts. It is the precious will to choose life when all other named precious things have been traded for the same option.

That strange power has no name and so cannot be traded for anything. It is there to assist the rising of man again. It is called second life sometimes.

In Masonry, it is called the reconstruction of the temple. The Freemasons illustrate the reconstruction of a demolished temple in the Royal Arch Masonry’s exaltation ceremony. In Christianity, it is well demonstrated in the resurrection story of Jesus Christ. And so are other sects and religions and all other faiths that teach the one truth.

So, my fellow frail man, when you pray, it is only safe to say and mean:

Oh the Lord of my life, let it come like a flash of time when the latest hour of my existence closes. Do not cause me pain or sickness, for pain begat the fighting, the struggle to live. Do not let me come to the horrible place where I will have to exchange precious things in life for life because some things are more valuable than life itself; they are worth keeping to ourselves even in the face of death. But if it is thy will that I get to the bottomless pit where all seems lost, kindly remind me that at any point in time, thou hast hidden in me the power to climb up, to recreate everything I lost to sickness. That I may rise up again beyond who I was.

Cheers to the reconstruction of the superstructure.

One thought on “ON REPUTATION, LIFE & DEATH (AN ESSAY BY OPPONG CLIFFORD BENJAMIN)”