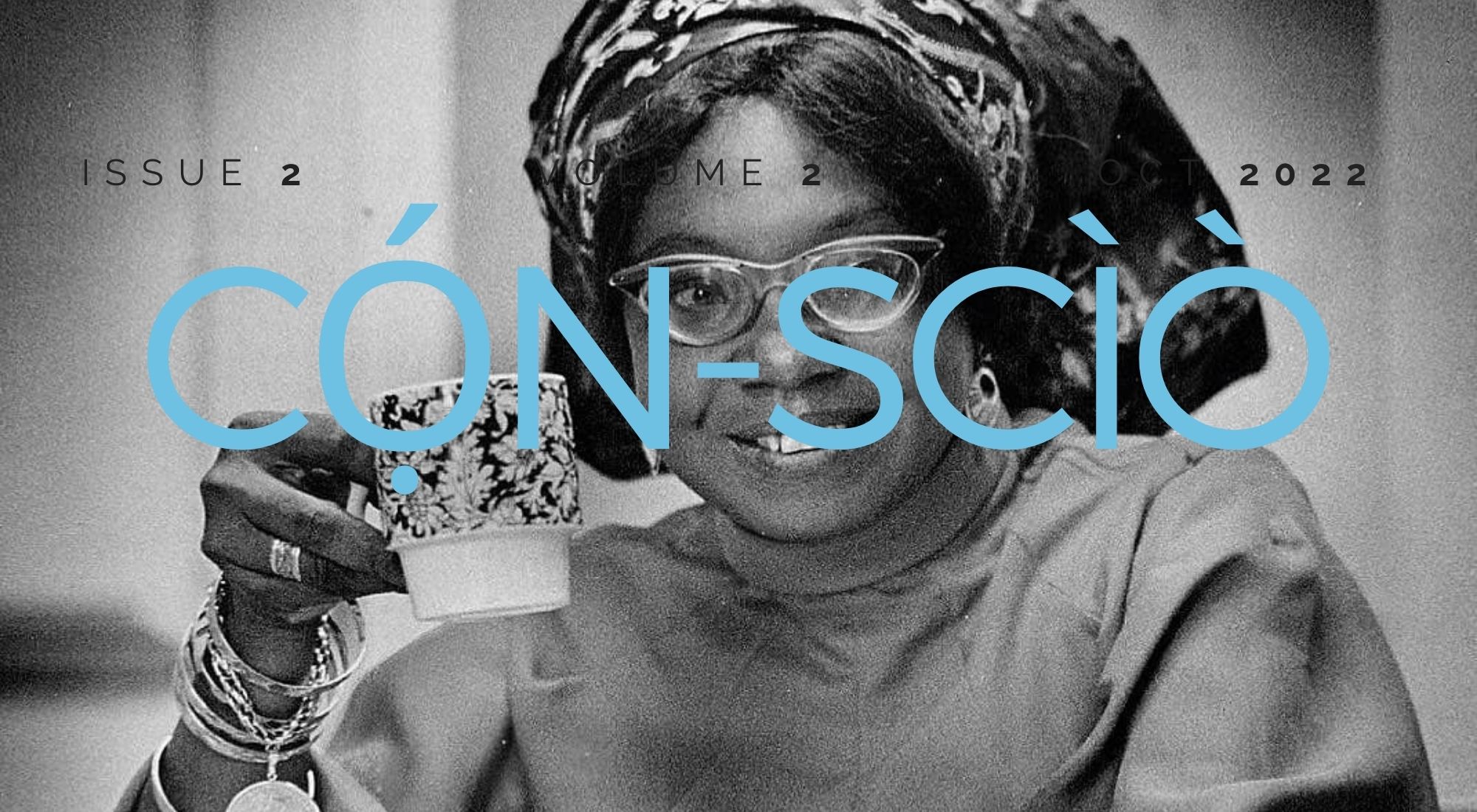 They merged all the way from my childhood and became the flame in my rocket today.  It is only natural that, like murals, their portraits keep surfacing in my works, and yet, they leave me whole, undefiled, true, the writer child they had raised.

I grew up holding a book and picturing a Literature-in-English class packed with people I read. They were like a mural presence walled around me, their aspects grim with instruction and, sometimes, sarcasm: Ayo, if those are the books you read, then you must nor fumble when you start yours.

Achebe was that old, witty classmate who said sublime things with simple words. If he used any big English, it was to sharpen some witticism. He was also startlingly beautiful with his language.

Soyinka has important things to say, of course. Just that he is that grammatical gymnast whose utterances are sometimes more of fun-seeking braggadocio than an immediately obvious, serious intent. His English is often his. He can use simple words, but he is too full of complex words and he can’t waste them. So sit and listen! (My lecturers in university did their best to skip his poems.)

Flora Nwapa had no respect whatsoever for strict English. If she were to speak it, she would choose a direct, unapologetic translation.

Emecheta was a bit more law-abiding. But she couldn’t give a care about a slew of flawless English sentences. She’s ‘gisting’ you; stop being so persnickety!

Sefi Atta is her more rebellious younger sister. Her English is so scrubbed, so cleaned of artifice, so Yoruba, you wonder if you should remind her that English can also be for show.

Eghosa Imasuen is the most irreverent user of English I know yet. Man even ingrains pidgin and native Englishes as whole paragraphs.

Chika Unigwe is just playful, so playful you wonder how she manages to strike deep levels with that prancy English.

Yejide Kilanko’s voice is the sane, matronly hold on all the brouhaha.

Gbemisola Adeoti—my lecturer in university! He was nice, if regular-toned, with his poetry.

Niyi Osundare, master of neologisms! I have a firm respect for him.

Lola Shoneyinʼs English is a scintillating cross between classy and saucy. I felt wicked while reading ‘The Secret Lives of Baba Segi’s Wives’.

Amos Tutuola’s English was defiant. I did not know the word ‘drinkard’ could exist until I opened the book.

Helen Oyeyemi is just cruel. But it’s like you have rotten teeth and you are chewing sugarcane. You love the squeeze of the pulp in your tortured gums, but—yeah—your gums are tortured.

Wood has a seductive, oh God, seductive English. It’s like home. And she moves quickly.

Nnedi Okoroafor’s imagery is fire! You will read her book and find yourself flinching because you think something is coming right out of the pages at you.

Chinelo Okparanta would nearly lose you, but if you read her like a slowly building voice, you would savor her.

Chimeka Garricks is such a sweetheart I wanna cry from sheer orgasm with what he does with language!

Okey Ndibe is raw and honest. I like that.

E.C. Osondu turns language into a treasure. It’s so sparse and easily funny and, by turns, reflective.

Emezi’s English is quite dramatic. They don’t need the big words, but they make it obvious that they need the words to hit you big. And that’s smart!

Okigbo had a confidence that arrested you. His English was pointed and undisguised.

Uzodinma Iweala is very much charmingly extraordinary in his ‘ordinariness’.

Teju Cole must be protected at all cost! He is rare.

Bessie Head and Taye Selasi had one distinctive impact on me: they left me feeling crazy.

Lesley Arimah and Tendai Huchu are international treasures. What they do with words!

Nuruddin Farah is didactic and maybe a little religious. That’s him and he’s not apologizing!

Helon Habila, with his salient and sublime force, has my heart any time.

Chigozie Obioma is new to me, like Yewande Omotoso, but I find their tone essential, if demanding close attention.

Gabriel Okara would be that speaker I would listen to all day. Same for Tanure Ojaide. They use(d) English like it were their own magic.

John Elnathan and Luvvie Ajayi are comic reliefs. They are deep, too, but who cares!

Festus Iyayi owned his English, but he also tried to go by the rules. His ownership often won.

Ayi Kwei is muddled up, and unforgivably graphic. His English is also of the self-styled.

Isidore is just a showoff, like Wole, but it’s esthetic to watch. When I needed to mouth new words in front of my mirror, I read him.

Hisham Matar’s tone is lightly plangent. He rarely laughs. I love him like that.

Rosina Umelo reminds me of a happy bird, a lark, light, quick, pecking at the soul of things and laughing about it as if she were not dragging wigs. I’d give anything to read her again!

Ayobami Adebayo is a calm, self-assured voice! She would be the classmate who spoke but did not speak loudly because there was no need to.

Chibundu Onuzo is breezy, and vital, and unrelenting.

NoViolet Bulawayo’s English is hers. She could use frills, but she had no time for frills.

Femi Osofisan and Olu Owolabi are only different in that while one takes the tone of regulated English, the other comes closer to home. But I find their English unspectacular.

Alan Paton annoyed me with his obsequious tone, but this was quite important for me in internalizing “Cry, The Beloved Country”.

Camara Laye is like a lost dream. I want him to come back and rock me with his words, like a child, as it happened when I was one. Magnificent.

Agbo Areo and Mabel Segun, too. I miss grasping their light yet enduring tones.

Cyprian Ekwensi’s voice was of lurid, powerful storytelling. I want it, greedily. ‘The Passport of Mallam Ilia’!

Ngugi wa Thiongo inspired me massively. Or should I say ‘influenced’? His tone, shorn of frivolity and quite heavy, made me sit up and mutter, “A lot is wrong with abuse of power.”

Richard Wright had such an effect on me. But his good humor in Black Boy and how much I could relate—and learn about blackness—I’m in awe! The story of Bigger is horrible by the way.

Eddie Iroh colored my childhood with a gripping diction!

Chukwuemeka Ike had a versatile tone/diction. You couldn’t predict how his next novel would read like.

Kalu Okpi also gave highly unpredictable tone vibes, but when you read him even with all covers torn off, you would know.

Ama Ata Aidoo and Efua T. Sutherland are barely distinguishable. They were both a joy to read.

Zaynab Alkali—I have not forgiven her for capturing tragedy so well.

Elechi Amadi will write and it will be like watching a film. His language is alive. (I once compared him and Achebe, and I chose him. I’m guilty, yes, I know!)

Chuma Nwokolo can be otiose with language, but man, will you laugh your head off! He would be the loquacious man at school parties.

Abani is sombre. If you laugh at all, it is a shock. He is the low-humoured schoolboy who says his mind and leaves.

Okri would have been morose but his sneaky wit saved him. He is poignant and deep and can be talkative.

His sister is Chimamanda. She is only more fearless, just a little less circumventory, extra-shady Oh my God, and does she have a way of capturing precisely what you are feeling with language?

All of these forerunners have (had) their separate values and functions in my writing life. They merged all the way from my childhood and became the flame in my rocket today.  It is only natural that, like murals, their portraits keep surfacing in my works, and yet, they leave me whole, undefiled, true, the writer child they had raised.

Enit’ayanfe Ayosojumi Akinsanya is a young, creative writer passionate about uncommon human stories. He is the first-place Winner of the 2022 intercontinental French Embassy Climate-Change Project Prize for Creative Nonfiction. His novel manuscript was a finalist for the 2018 National GTB Dusty Manuscript writing contest, and since then he has been growing gradually into a force to be listened to. His short fiction and essays have been published in Brittle Paper, The Kalahari Review, African Writer, Livina Press, The Shallow Tales Review, OBBLT, Fiery Scribe Review, Nollyrated, and elsewhere. He writes from Ogun state, Nigeria, and can be reached via adeniyiayosojumiakinsanya@gmail.com or +234 8135661370. He tweets at @OsumareAyomi.