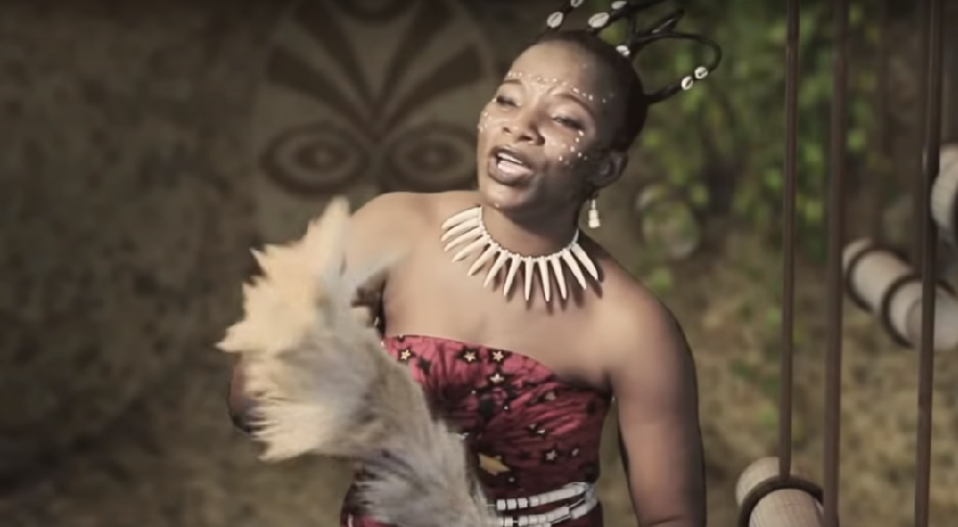 Sometimes the pains of one’s origin become unbearable when the urge to ask what killed your grandfather and grandmother keeps revisiting you over and over without seeking your permission. Sometimes when you keep seeing the amputated leg of your father dangling as he walks here and there and the tattered broken home of your grandparents, you would have no option than to crave for an insanity that can take away your life.

This is us seeing through our miseries and survival as a nation. Holding unto these agonies that keep visiting us in the darkness. Holding rivers together with the call for freedom, holding tears on the palms that carry our dead corpses. Biafuru what happened to our homes, our maidens, our history, our sisters and brothers and; our honesty, come and see through the half of a yellow sun.

Biafra wasn’t the sin, no. And we’ll not fear to ask what killed our parents, our brothers and sisters, our relatives.. Biafra wasn’t the curse, no, it wasn’t. The history of the world is indeed a chronicle of oppression.

Ojukwu in his speech said, “I still believe that one thing that will bring peace, absolute peace, to the country, the type of peace we want to be attached to development, is to liberate Ndi Igbo and there is no better act of liberation than accepting that they have equal right in Nigeria.”  “We are humans. We live. We fight, fight because the decision to be free is a decision taken freely and collectively because to become involved in a violent struggle for freedom is the only honor left to an oppressed people threatened with genocide because in the final analysis, the only true bulwark against death is to live”

Seeing through the eyes of Amarachi Atama’s elegy and threnody, one understands better what it takes to survive in a situation like ours in the late 60s.

The story opened up with chaos and havoc upon the Igbo nation, men and women running for their lives; children carrying luggage on their heads finding home, a home that never existed. Then, the witnesses told their own story about their struggles to survive and to protect their own family, the occurrences of the Nigerian civil war which claimed many souls and left many homeless.

It broke many passions with a hand so horrified that sometimes, one deems to forget it but it keeps coming back to hurt and haunt us in our lives with the fact that same thing which we suffered yesterday are still the same which defined who we are in a land that supposed to shelter us. This is our own tragedy, our own pains, sorrow and history that define who we are.

“Biafra is a child circumstance. His existence and survival are always a marvel, sometimes bordering on a miracle.  His life is a tribute to man, his courage is his endurance, his ingenuity is his humanity”  (Ojukwu)

The agonies housed in our hearts and the threnody which we would keep singing of how we were left naked, our children left in the beautiful hands of hunger because we were fighting what really belongs to us. We were fighting a course that would forever be in our heart until it is achieved. Like the title “BIAFURU’  ‘come and see’ the story was told with bitter lips, the visual wonderfully carved and the sound rhythmically striking.

The future remains blank looking at the frustration and dire sorrow underlying in the bitterness of our past, in the skin that once housed our forefather with the hope that this land would cease to bark at our feet. This is a brave tale told from the gullible history of the Igbo nation under the foremind of brothers knitted in the hands of woeful images to show us who was yesterday patterning our feet in reckoning voices.

Biafuru remains a gory story under toning the dirge and the venture of our imagination seen in the enhancement of our mind towards those things we fight gallantly to obtain.

At such every dire mystery of elegy is rendered on the peak of those people we lost during the genocide. During those times we were unable to gather ourselves together to call ourselves one because we were lost and clueless.

“What I have become, in this struggle is the mouthpiece of my people. I go where they push and more. We are people we choose to hunger a little to remain alive instead of feeding fat to become respected corpses.” (Ojukwu)

Chimamanda Ngozi Adichie wrote in her book Half of a Yellow Sun “aha ajoka” which literally mean war is dangerous. Tracing back to those stories that my father told us about how they ate cockroaches, grasshoppers, rats, and some grasses in order to survive the war in order to stay alive, in order to protect their families because protecting their families was the ultimate goal.

Sorrow was carved, funeral song scattered all over the ground, bushes became their house and revival was the only solution to the burning of this deadly evil upon the land. Life became a song willed to the yonder of the souls to death of the masses. They knitted sparkled eyes under the sun, children were sent, given a gun and machete to fight for what wasn’t their cause. Many were killed, houses burnt, money lost and hunger was at its peak breaking the intestines of those fighting to protect their fatherland.

The Director knows what was at stake,  he interpreted the story well with His creative prowess and a wonderful picture and he cuddled us into seeing what those that witnessed the war saw.  He wore the words on his skin dialoguing the pains where it started and kept us in mind to break panicking that had already built tears in us.

Amarachi bravery rested on the fact that she stood on her ground to document these horrible experiences through the mouths of those men and women who were witnesses to the war. This kind of brevity entails courageous mind to embark on the journey. We saw the story in her eyes, a yet to be forgotten black melancholy that has taken over the heart of the Igbo nation.

The hunt is still on. The hunt for Biafra. The hunt for a home and freedom other than a corrupt forest having horrible hearts towards their own.

She is a kin daughter of flora Nwapa, a dazzling figurative representative of Buchi Emecheta whose spirit still bears the past on the body of history.

Let these owls keep crying to their nightmares, let these dogs keep barking to the revival of these dreams until victory is attained. The Igbos have a saying that:

‘Oji ihe nwata we lie aka ya elu, aka rawaya ahu owetuo ya ‘. We definitely have a voice, a compiling voice of freedom which will soon be heard someday. And on that day what we crave for won’t be denied from us.

There is hope looking at Amarachi Atama on that Enugu Mountain pronouncing how great the land of Biafra is. There is hope, hope birth in the morning of a new dawn. Our eyes shall behold fortunes and testimonies of optimism and fortitude when tomorrow comes and our voices are heard.