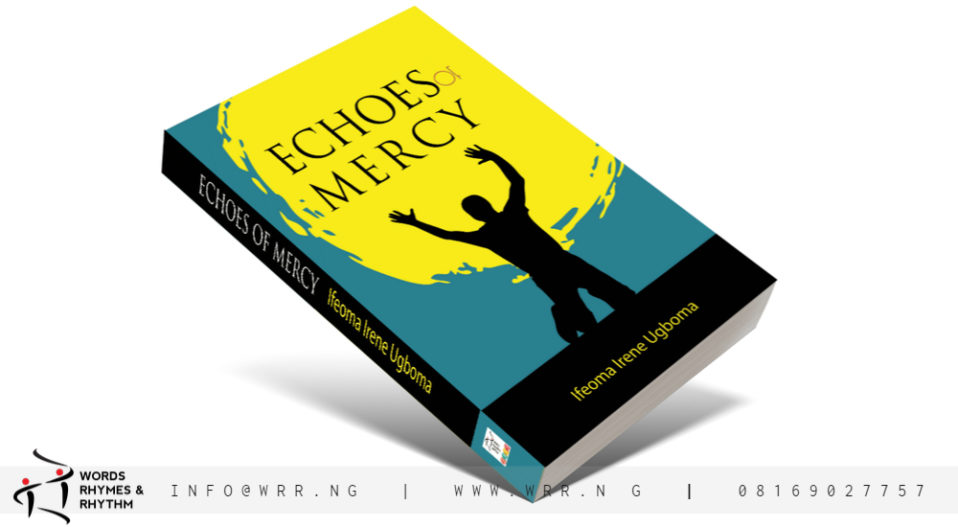 Echoes of Mercy is a moral and a didactic narrative which captures the war between man and his conscience, man and his faith, and man and the world. It is allegorical in nature for its almost divine background and religious backdrop, tending towards a holistic approach to the place of religion and theism in the life of man.

Ifeoma Irene Ugboma’s debut novel mightn’t have the best of ‘literary’ reviews but it is sure to enchant any reader eager to uncover his soul tending towards making peace with his creator. Ugboma manipulates the reader so much so that he/ she shades off all tinge of atheism in him and eventually sees a reason to believe in a supreme being, God.

Her book is accommodating and tolerant of different identities, non-normative ideas and untraditional believes. Despite the radical atheism of Daniel, she practically didn’t condemn his statue but only proffers likable instances where Daniel could realize himself and his faith.

BUY ‘ECHOES OF MERCY’ ON AMAZON

Echoes of Mercy can effortlessly pass for a motivational book also.

The author is sure to capture the reader’s indifference, telling him that God has a higher plan for him. She affirms that “miracles do happen” and advises us that “the shortest distance between a problem and a solution is the distance between your knee and the floor. Pray to God! If there is something He can do for you, He will do”.

Ugboma didn’t forget to chip in her genial voice here and now in the narrative, she craves all readers to believe that our “blasphemies against God are no worse than those of the most approved modern magazine contributors— sensual egotism”. This— putting herself in the narrative, is a commendable feat for she has succeeded to hold the reader in her fictional thralls.

The text uses simple yet expressive and colorful words. Her words are pregnant with meanings and the tone resounds in the recess of the reader’s mind creating rousing and emotional effects.

There was thunder and wild tumult… the harsh glare of lightning, the shattering roar of great waves leaping mountains high and hissing asunder in midair. Elements let loose in a boisterous dance of death

This impressive analogy is everything literary and captivating, the words finely and carefully chosen, and the effects surely reverberating in the reader’s mind to mean everything heavenly and godly. The author’s introduction of an ‘outside’ supernatural force (Deux ex Machina in literary terms, translated for god in a machine) to meddle in the affairs of mortals is commendable.

The vision Daniel had of God in a trance totally topples and inverts the plot of the narrative and this solves a seemingly unsolvable issue (Daniel’s atheism) in a sudden and unbelievable manner which leads to the resolution of the plot.

Even though verisimilitude is wanting in the narrative the author still went far to leave the reader better than he came after reading Echoes of Mercy. It is hard reconciling the fact that Nancy who had at no point in the narrative had any experience in Medicine examines Gloria, her daughter sick with leukemia and assertively affirm that “Gloria was perfectly okay”; Nancy who has been atheist most her life accept the Christian teaching sooner than not; and a marriage with totally no hitch for years.

Nevertheless, Echoes of Mercy has covered most of its flaws with its audacious narrative and teachings, uncomplicated plot, simple characterization and focused theme.

Ugboma will remain of talking sense one of the first Nigerian novelists to deal remarkably with the issues of theism and atheism. This novel can be a good motivational text and a spiritual text too; it dwells on Christian religious themes and teachings.

BUY ‘ECHOES OF MERCY’ ON OKADABOOKS

Echoes of Mercy is a recommended text for people not sure of their spirituality and faith, readers eager to develop their spiritual life and eager to find their purpose in life.

It is also a good piece of literature which will honestly not bore any passionate reader. It has achieved more than enough in a little space— entertaining, motivating, captivating, and educative.