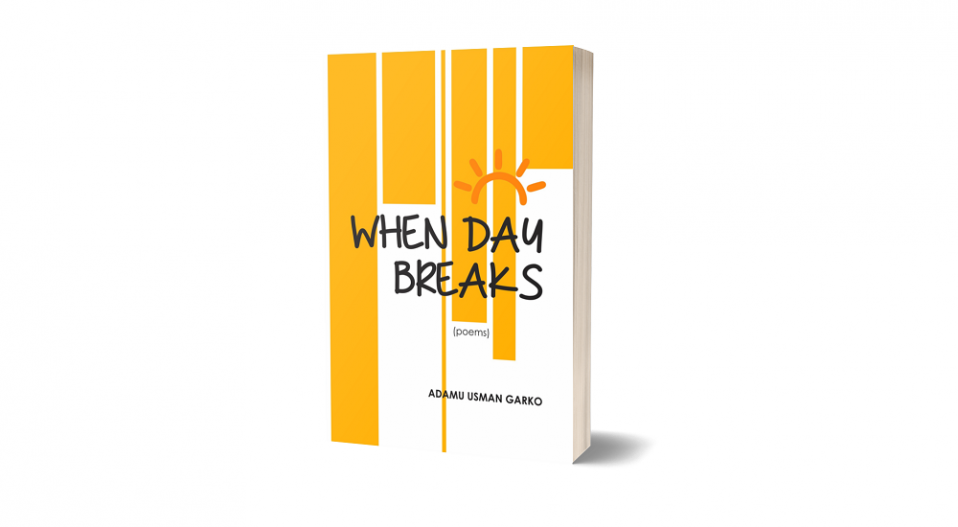 Behind this unpromising title are promising verses that will hold a reader spellbound with the wittiness, precision of imagination and prominent conceits. Garko’s poetry invites the reader to go beyond his imagination and expand his worldview with carefully molded verses and turgid images.

What makes his poetry amusing is that it possesses a fair amount of literary and linguistic acuity that exudes enormous meaning in little lines— a feature of some of the most sophisticated poets only.

It leaves the reader begging for more, cut too quick from this imaginative ecstasy that delivers in its first and short verses then allows the deafening sound of the mental images created to echo in the reader’s head.

This is a collection to be read even though the themes end at surreal surfaces, only striking at the emotions, it offers a lot about love and nature, nostalgia and identity, virtues and vices and the illusory feeling of connection with the world and the floating time.

In The Breath of Time, the precision of description is laudable. One can’t help but applaud when reading lines like “In the first breath of time/ Then hours snored/ … buried in us is fire that will grow water/ In the palm of tomorrow”.

The poet always gets across to readers in graphic images and symbols, and tattoos his ideas in the readers’ mind in the subtlest of ways.

This collection befits its praise as “amazing” by Daily Trust Newspaper and even will demand more if the reader is fortunate enough to experience it.

The poet always seems disconnected with the world. The backdrop of his poems can barely be said to be reconciled to this tangible world. There is a special relationship with a higher realm in his poems.

He gives the reader a sensual aliveness and leaves the meaning like mist in the air for the reader to arrange and tie together like a puzzle— by so doing, the reader is allowed to transpose himself fully into the poem and to exercise his imagination too.

In the poem Departure, the poet captures the anxiety that leaving loved ones causes. The somber atmosphere created by departing lovers, the dull tone, the feeling of nostalgia are all created with words beautiful enough to make the reader freeze and then purge his pent-up emotions by exhaling. The words are simply beautiful and enchanting too.

It goes: “That sunny day you doffed/ your eyes off me/ The gloom disgorged/ And spread upon me its coverlet” (30). Each word speaks for itself and gives a totally different image and feeling to the reader.

One notable feat in most of the poems here is the poet’s ability to create empathy in the readers. You can almost feel what the poet felt when scribbling and you can just imagine the emotions looming behind in his head when he was struggling to pour them in the paper.

The poem Refugee is effective and gives the reader just the right amount of emotions to empathize with the emptiness these displaced people feel.

The poems nevertheless have issues in maintaining a cohesive theme and rhythm. Had the poet sustained his verses a little bit more, it would have hit clearly at features of grand artistry. It might not actually finish at the same pace it started and with the same ideas it holds but it brings out enough questions for the reader to answer.

It is eclectic and covers a wide spectrum of feelings and emotions. The reader can’t help but wonder at the poet’s mental state, his mental processes of creativity and how his emotions sidle when he was writing.

Powerful poems like Suicide, Bridge, Tomorrow’s Face, The End of the Song and a lot of others in the collection deserves to be appreciated for their prowess with words and imagination. Garko did an amazing work with this collection and even though he has not found his own voice yet in the world of art he will no doubt be an artist to contend with in the near future.

For anything, the elegance of expression, the grammatical acuity, the precision with details and the lofty literariness will never go unnoticed.

The form and structure of the collection are subjects for discussions for formalists and structuralists. The diction demands careful vetting and the collection has a general ability to enthrall the reader into the world of the art and by so doing sharpens his own imagination and creativity too.

After all said and done, leafing through this collection will be like going through a literature coauthored by the author and the reader together. The reader feels the emotions embedded beneath the poems beaming in his imagination too, and this in itself is a renowned literary feat.

It is recommended for all lovers of art and poetry.

Previous post REVIEW: DURU’S ‘THE TRUE MASTERSHIP OF YOUR BEING’ IS A COMPREHENSIVE BOOK ON LIFE AND LIVING, AN ENCYCLOPEDIA OF VIRTUE AND MORALITY

Next post MYSTERIES IN WRITING: DARE TO BE DIFFERENT WITH A DIFFERENCE