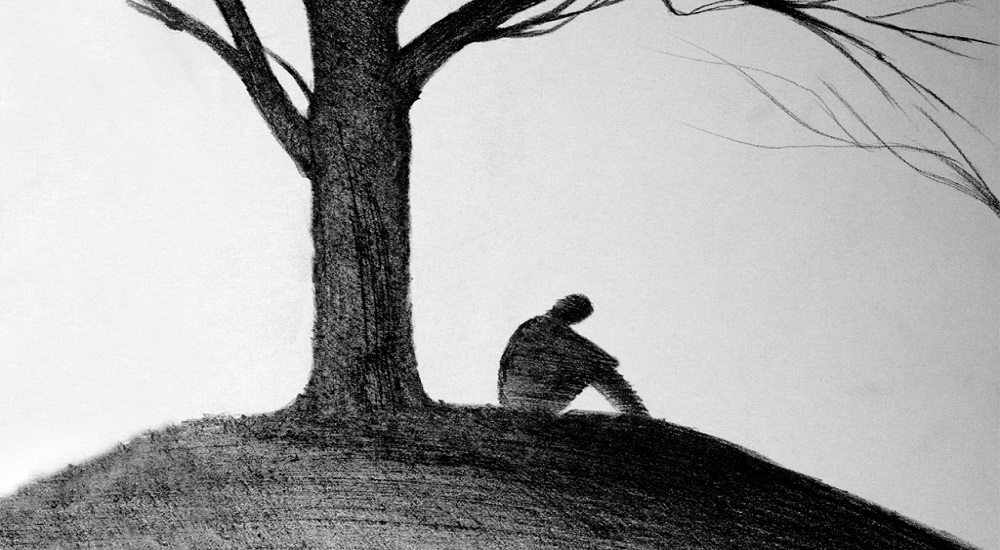 Mama has always known pain. She had lost every battle in life, battles she fought armed with only love. As her accusers’ words stung her, she looked up and recounted her losses in loud wails punctuated by weeping bouts.

It was a sunny Thursday afternoon. The children playing ‘Hide and Seek’ game in the incomplete building behind our house were sweating profusely. I watched them from the bedroom window, a little sweaty myself. I could not join them because Mama was around.

Thursday afternoons are usually Mama’s day for preparing for the Friday market. She would spread her melon seeds on a large old mat in front of our compound for them to dry properly before taking them to the market for sale the following day.

After spreading them, she would sit on a stool in our veranda, with her ancient glasses perched on her nose, and read her Bible – or, sometimes, a novel – practically watching over her melons dry out under the sun. At intervals she would shoo birds, chicken and children who played too near her melons away.

Today was different. I could hear her voice clearly from my room. She was not shooing bird away or scolding playful kids; Mama was wailing bitterly. When I ran out to ask her what went amiss, I found her rolling on the floor. Her body was covered in the dust of the earth and her face covered with unending tears. I saw my little brother crying too.

“Ekene what happened? Did you have a fight with Chikelu?” Chikelu is the son of Mama Ozioma our next-door neighbour. Though best friends and often called twins because they has same complexion and height, Chikelu and Ekene often fought.

“No”, he answered with tears still rolling down his face.

“So why are you and Mama crying Ekene?” I fought the back tears already forming in my eyes.

“Aunty Nnedi is dead” he muttered.

“Shut up your mouth, who told you such an evil thing?”

“Someone told mama on the phone.”

My eyes unlocked their floodgates as I ran to Mama and collapsed to my knees beside her.

“Nwam, Nnwanne gi anwugó!” she wailed in reply and wiped her nose with her wrapper. “Your sister is dead oooo!”

I was speechless. My sister was dead. I would later learn that she died in a motor accident on her way to visit us. My tears were hot as they streamed down my face. I sat down next to mama and tried to console her while running through memories of my sister in my head.

Aunty Nnedi was our only sister and Mama’s eldest surviving child. Mama’s children before her died at infancy. She and Tochi, our older brother who stays at Onitsha with Mama’s cousin, survived the killer disease. They were much older before Mama had me and then Ekene.

were poor and became poor after Papa died. Tochi had to leave for Onitsha to learn a trade. Aunty Nnedi got a job at a fashion firm at Akwa and began living there, sending money from time to time to help Mama care for the family.

Aunty Nnedi had a good heart. She was very kind to Ekene and me, and even promised buy us new clothes this Christmas during her last visit. She would often tell me: “Ebuka don’t allow these tough times wear you out. Learn from them and we will get through this”.

I had hope. Aunty Nnedi gave me hope.
…
The villagers soon began trooping to our home. Some came with their condolences trying to wipe Mama’s tears. Others came with words of hate and fury in their eyes, accusing mama of being a witch who ate her infant children, killed her husband and proceeded to drink the blood of her only living daughter.

Mama has always known pain. She had lost every battle in life, battles she fought armed with only love. As her accusers’ words stung her, she looked up and recounted her losses in loud wails punctuated by weeping bouts.

“Chineke! Of what use is my life?” She wailed deep into the night.

I slept off on the floor at our veranda with sand on my body and caked tears on my face. When I woke up the next morning, I saw some older women and the other villagers who slept over. I couldn’t find Mama anywhere in the house.

I asked Anwuli, a teenage family friend that slept over if she had seen Mama. She looked away and answered, “I don’t know”. Somehow I knew she was lying. Tears were falling from her eyes.

“Tell me where my mother is.” My voice sounded like a growl to my ears, strangely louder than usual. Anwuli was visibly startled.

“Mama has gone,” she said, pausing on every word. “The night swallowed her”.

My feel suddenly disappeared beneath me and I fell backwards. I woke up hours later in our village Health Center. My head was bandaged. Anwuli said I had passed out.

An Igbo saying goes thus “Anaghi ajuru Chukwu ajuju“, meaning “They don’t question God”. We have to accept our fate. God gives and God takes. Only God consoles too.

*Dedicated to my aunt who died in a ghastly motor accident in August 2020. I tell this story with pain lingering in my mind. I write because I can’t speak.

JASON JOSHUA CHIGOZIE is a Nigerian creative who writes the things he cannot say as stories. He plays videogames when he is not writing.

Previous post FESTIVAL OF CLOUDS (a poem by Salam Adejoke)

Next post women don’t owe you anything (a poem by Linda M. Crate)