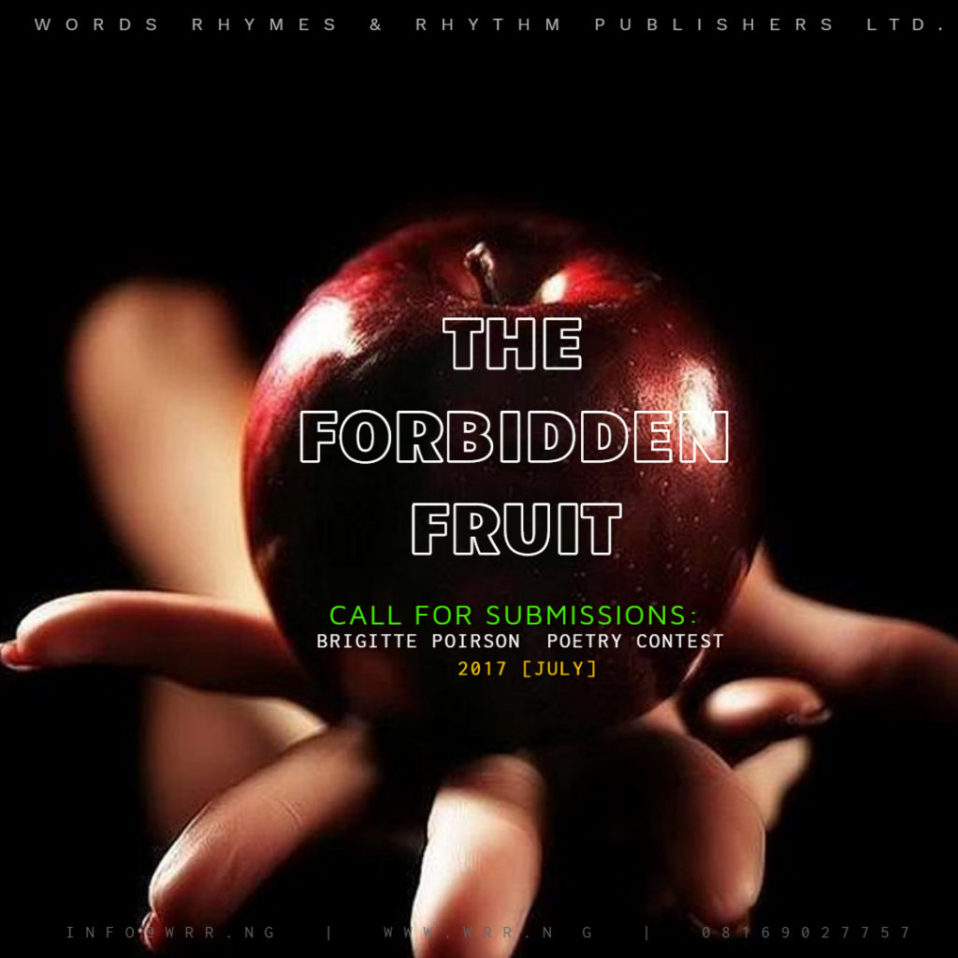 Words Rhymes & Rhythm (WRR) is now receiving entries for the BRIGITTE POIRSON POETRY CONTEST (BPPC) SEASON III, 2017 (July edition). Poets from Nigeria, Africa and all over the world are hereby invited to submit their poems on the theme: THE FORBIDDEN FRUIT.

There is no denying that humans, at different points in history and in different geographical locations, limited themselves with certain rules and belief systems that may or may not be generally acceptable. Man has always had to look away from the forbidden fruit and those who dare to break the boundaries eat the forbidden fruits are first called rebels before, if they are lucky, they become pioneers.

As was aptly noted by French philosopher, author, and journalist, Albert Camus, “the only way to deal with an unfree world is to become so absolutely free that your very existence is an act of rebellion.”

‘Conformity is the jailer of freedom and the enemy of growth‘ — John F. Kennedy

Poets are therefore invited to explore the subject matter of breaking boundaries, wherever they are found in society – religion, economy, love, culture, belief systems, and gender – taking a bite at the forbidden apples of society and transgressing the rules. It is a battle-cry for the freedom of self-expression.

The June 2017 edition was won by Oka Benard Osahon, a seasoned creative writer who holds a B.A in English and Literary Studies from Delta State University (DELSU), Abraka.

Next post POET OF THE WEEK: RULES OF THE GAME by Alozor Michael Ikechukwu