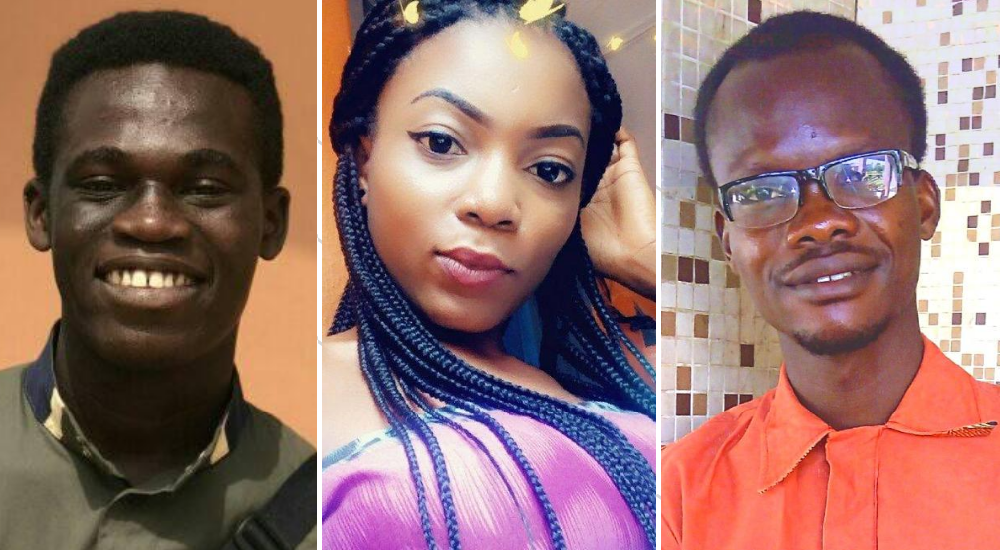 Lagos based spoken word poet OLOWO emerged overall winner for his evocative poem ‘ODE TO MOTHER TONGUE’. In second place is ‘THE TONGUELESS’ by UDE while Abah’s ‘TONGUE OF MOTHER‘ came third. They will be awarded a total of ₦30,000 — ₦15,000, ₦10,000, and ₦5,000 for the first, second and third places respectively.

The TOP 20 poems of the June-July edition are published in a chapbook titled ‘AN ODE TO MOTHER TONGUE’. It is available for free download.

OLOWO QUDUS OPEYEMI is a young poet and a spoken word artiste. He is presently a second-year student of Sociology at the Federal University of Ilorin (UNILORIN), Kwara State. He is a member of the Unilorin Elites, a student-writers’ group based in the university.

UDE VIVIAN CHIDIMMA is a 24-years old Nigerian poet from Abia State. She is a graduate of English Language and Literature who loves poetry but writes mostly for her personal consumption. She resides in Imo State.

ABAH ABAH OYAGABA is a Nigerian poet and English Language/Literature teacher from Benue state. He is a graduate of Benue State University and former President of the university’s students’ Writers’ League. Abah won the BPPC in September 2017.

ENTER FOR THE AUGUST-SEPTEMBER EDITION

DOWNLOAD “AN ODE TO MOTHER TONGUE“ CHAPBOOK TO READ THE TOP 20 POEMS:

The BRIGITTE POIRSON POETRY CONTEST is a writing contest aimed at rewarding the under-appreciated talent of young Nigerian poets. It was instituted in February 2015 in honour of Brigitte Poirson, a French poet and lecturer, editor, who has over the years worked assiduously to promote and support African poetry. The BPPC is one of Nigeria’s most popular, especially among the younger poets.