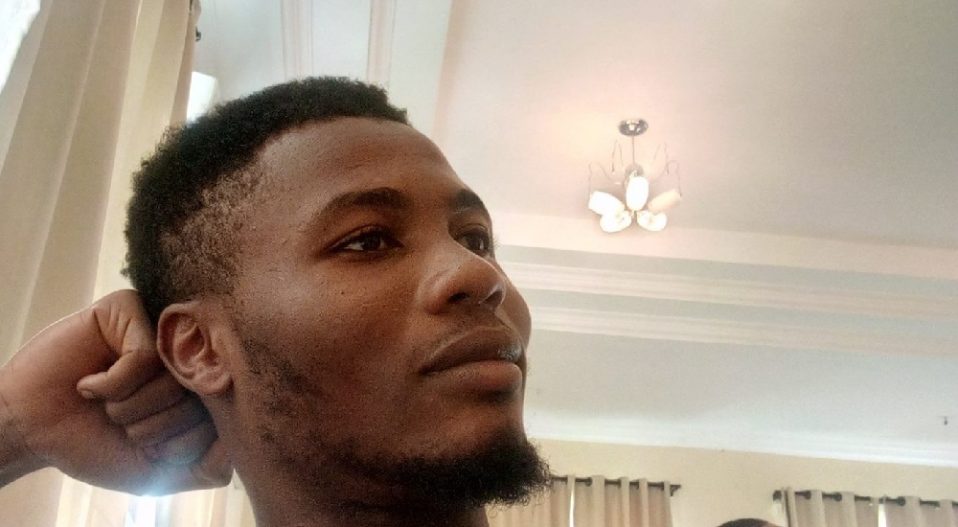 Aire Joshua Omotayo is the winner of the Albert Jungers Poetry Prize (AJPP) 2018, awarded to the best poem from the combined top 10 entries of the monthly Brigitte Poirson Poetry Contest (BPPC), from February to  September 2018.

The 22-year-old from Irrua in Esan Central local government of Edo State, is a programmer, campus journalist, and writer at the University of Ibadan, Ibadan, Oyo State. He began his foray into writing as an essayist from his secondary school days. He started writing poetry in 2015.

‘How I Became A Poet’ by Aire Joshua Omotayo

Through the nights of fading muse
and the tincture of rhythm and blues,
my soul danced on the stage of stammering history
with drums and lyres scribbling my story.

Through the lips of the nightingales,
the gurgling gongs and moonlight tales,
solitude blared its jingles through my windows
as the snores painted my walls with punching blows.

The night’s skin crumbled in tatters of grey
and its body laid in a crucible of silence’s bay,
where rivers burn in ruffled flaming borders
as their waves crackle in fiery waters.

My lips were blunt like the butt of a sabre
as the remnant of unspoken words formed an acre
of lands serenading the terrains of my mouth
with letters traveling from north to south.

My fingers bled on fields of war.
When the scrolls of my heart fell in shreds of gore,
my tongue became a pink fire rising from a tomb
and the flames beaconed on the hills of morrow’s womb.

This is how I became a bard on blank pages.
When the street of my ears wore the feet of the words of sages,
the lines of my poetry filed into a long river, serene,
and stretched into a rope wetting the fields of green.

Aire was awarded a N20,000 cash prize, a one-year 20% discount on all WRR Publishers services and, alongside the AJPP  runner-ups, a Certificate of Award and a copy of the BPPC 2018 anthology. He joins Benue-born poet Ogwiji Ehi-kowochio Blessing who won the 2017 edition and Kanyinsola Olorunnisola, winner of the 2016 edition in the AJPP Hall of Fame.

The AJPP is an annual poetry award instituted in 2014 by Words Rhymes & Rhythm in honor of late Fr. Albert Jungers (1948 – 2013), a Priest, Poet, and Teacher. Fr. Al, as he was fondly called until his death, was an instructor and dear ‘father’ to young Nigerian poets. He brought different poetry forms to life with simple instructions.

The Brigitte Poirson Poetry Contest, a CSR project of Words Rhymes & Rhythm (WRR), is a monthly writing contest aimed at rewarding the under-appreciated talent of young Nigerian poets. It was instituted in 2015 in honor of Brigitte Poirson, a French poet and lecturer, editor, who has over the years worked assiduously to promote and support of African poetry. Regarded as one of the few credible contests for poets in Nigeria, the BPPC is popular among the younger generation of poets.