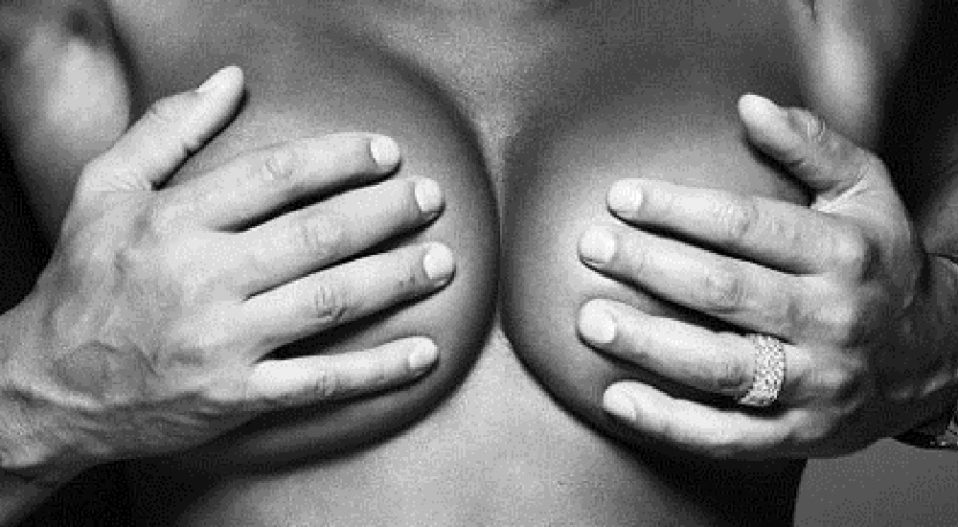 Men love breasts and I am not an exception.

From when I was a baby, I’ve loved them and I must have sucked myself to near death as a baby, more because of the feel of holding and sucking than actual hunger. I would grab both breasts with my tiny, puny hands and suck one at a time, gurgling and giggling with pleasure, like a village girl who has just been kissed by Justin Bieber.

But the breasts I want to talk about today are not mama’s life-giving breasts. Nope! I’m talking about Tambari’s breasts, which I touched for the first time in July 2001. I was a 16-year-old virgin at the time.

Tambari was the house help of a distant family member who was also my elder brother’s employer at the time – he taught at her school.

Anyway, I met Tambari one day when I went with my brother to visit his boss over some school-related matter. While they talked in the living room, I stayed in the veranda talking with the kids. It was then that Tambari came over to say hi.

We started an innocent conversation and that was how we clicked. Three days later, I was at the house – officially to play with the kids but in reality, I was there to chat with Tambari. Days became weeks and I became a regular face at the house.

One Saturday, I escaped from choir practice around 6pm and went to see Tambari as usual. It was quiet when I got there. I met Tambari in the kitchen and asked her where everyone was. She said they had all gone out.

She was alone. Now, like I said earlier, I was a virgin. But in those days, being a virgin only meant we had knowledge of sex, breasts, vaginas and all the information, but we had little practical knowledge.

Many boys my age had only peeped into skirts to see panties or at best hugged a girl or two with a few stolen kisses in between.

At the time, I had done nothing at all – no thanks to a strict dad and a book-wormish attitude. But many friends thought I had had sex several times. This is because I had a lot of fake sex stories to tell them after reading tons of Reader’s Digest stories, and other explicit text from my father’s private libraries.

Back to that Saturday evening…

I started chatting with Tambari in the kitchen. She had her back turned to me. A few seconds later, she turned and I saw her breasts for the first time!

The top she wore was unzipped to her bellybutton and she had nothing under! The breasts were like a pair a fairly large oranges and the nipples looked as huge, firm and alive as the teats of a new feeding bottle.

My manhood responded the same instant my eyes saw those boobs. I shut my mouth mid-sentence with my eyes fixed on her chest.

She noticed my gaze and smiled.

The smile must have encouraged me because the next minute, my hands were centimetres away from her boobs. As if to encourage me, she moved closer and my hands touched the first pair of boobs that did not belong to my mother.

You know, there is no perfect way to describe the feeling of touching a pair of young breasts. Damn! It was heaven in my hands.  I slowly felt the little hills, one hand on both.

She turned her back to me, her butt fitting in between my legs and immediately increasing my man-bulge. I clasped my hands over her breasts while she pressed back into me, slowly gyrating her waist.

I was obviously the novice there. She was an expert. I let myself be drawn in, not letting go of the jugs for a second. Who would let heaven slip away so easily?

Sadly, after just a few minutes, we heard voice coming up the stairs. We separated, quickly, and she zipped up her blouse…but the fire in my palms remained for much longer.

Since then, I have touched so maaaaany breasts and none has felt like Tambari’s breasts…