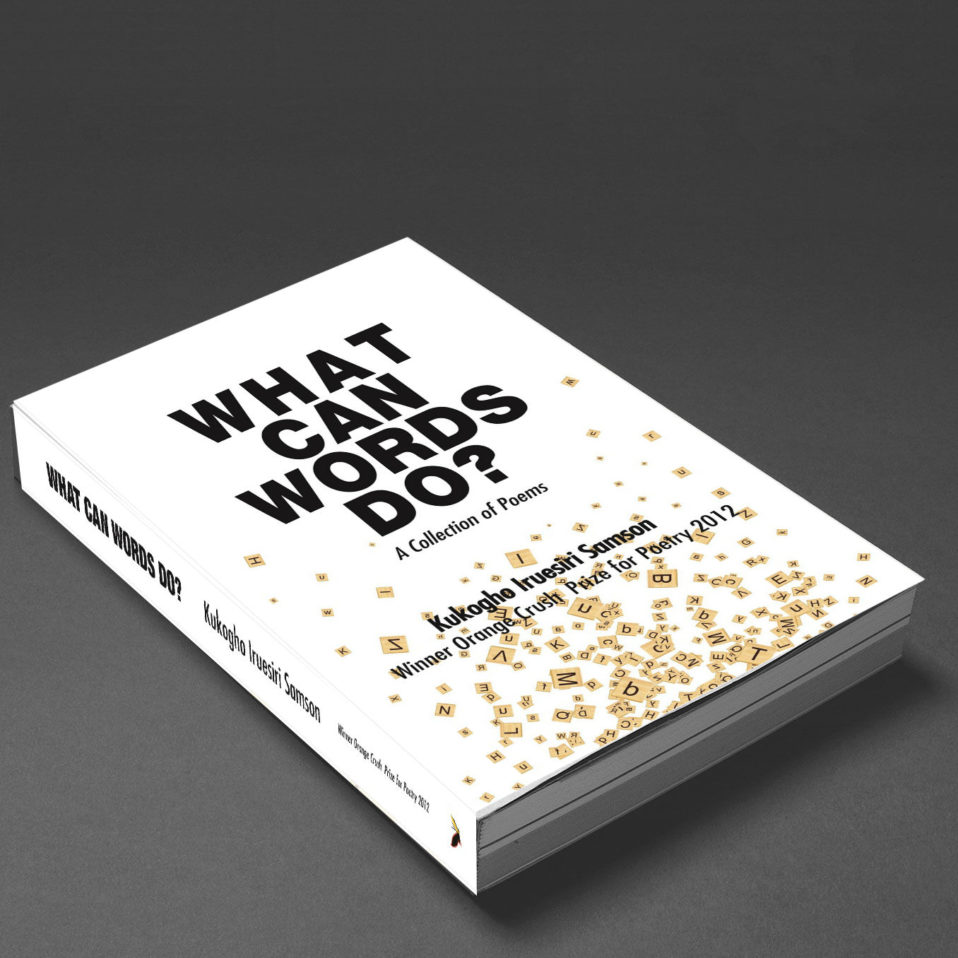 Long before the descent to anarchy which the war of the West against terrorism in the Middle East, and especially the Iraqi War of the 1990s signalled, poetry and poets had always been actively engaged in the war of conscience which talked courageously to power where even mighty men feared to raise their sword.

Nigeria’s Wole Soyinka has also been vociferous in his challenge of the excesses of power and the deliberate subjugation of the people through obnoxious public policies and actions in the Nigerian society. Much of his writing has been concerned with universal issues which he expresses as ‘the oppressive boot and the irrelevance of the colour of the foot that wears it’.

This is as against critics who would argue that poetry should not have a voice in (re)shaping the society, in the garb of Romanticism which would prefer an undignified, even inelegant aloofness in the name of lyrical fascination and aesthetic preoccupation; aestheticm without a cause and commitment to the ever present decadence of the society.

Since the Iraqi war, and especially since the creation of the ‘Poets Against the War Movement’, poetry has assumed a sharper and greater cadence in its relevance and instrumentality in reshaping the political space often fouled by the smelly anuses of political and elite pretenders oozing out farts of discord, hate, terror, corruption and sundry other ails of the modern world.

Should a poet, especially in our kind of clime where we seem to be cursed to an eternal inability to surmount the huddles placed on our paths by the burden of clueless men who have foisted mediocrity on us as emblem of subjugation, remain unconcerned about what happens around him? Can a poet or his poetry not strike a balance between aesthetic elegance and active political engagement?

Should the poetry of an environment so messed by mad men like ours, no matter its subtlety and veiled pretentions, not reflect the decadence and maleficence of the polluted environment of its writing?

Whether philosophical, cupid, psychological or plain romantic poetry, should we not see snaps of anguish and rays of hope in poems steeped in the forlorn valleys of dashed destinies which our existence as a nation has become? It is yes to all.

It is from the broad purviews of these questions and many more related ones that we can appreciate What Can Words Do?, the latest poetry collection of Kukogho Iruesiri Samson.

The collection which has sixty one poems covering themes as diverse and profound as politics, environmental degradation, betrayal, poverty, love, religion, family as well as the festering and multifarious crises rocking the Nigerian nation, announces the poet as one who is mindful of the place of the poet as advocate, judge, fighter and educator.

The themes of the poems point to the transformative journey of the poet from childhood through adulthood and the attainment of the resolution of the crises foisted on the society by blind men who lead the people.

The title of the collection, What Can Words Do? is a veiled announcement of the poet’s commitment in his poetry and a conviction that words in poetry can indeed do much to engender change and project the inner cravings of the poet.

What Can Words Do?

In the case of K.I. Samson, Words project anger, disappointment, frustration, dashed hopes, family abandonment, and an inner urge for change, thus showing that words crafted in the rhyme and rhythm of poetry can do much.

The words of poetry, especially those of K.I. Samson are steeped in the droppings of the anguish of the poet’s heart, words which, without being spoken, scream stridently for the attention of the society and call for the redress of its imbalances.

Words, according to K.I. Samson, can do much.

Despite the elegance, finesse and alluring cadence of the rhyme and rhythm of the verses which announce a sophistication of style and aesthetics, K.I.Samson does not lose sight of the critical issues of deprivation and distortion that pervade the land and which require urgent redress.

The poems seethe with politics and express the angst and frustration of the poet with the existing political order.

‘Where is the Breath of Fresh Air?’ (27) for instance is classic, for its biting and scarring sarcasm.

The allusion to the deceptive promises of the campaign of a ‘breath of fresh air’ is clear and unambiguous, especially weighed against the background of the poet’s masterful stylistic and aesthetic management:

A hundred and sixty million noses sniffing the air,
Searching for the fragrance that is not there,
They go sniff; father, mother and the brood,
For they said our Shepherd had Luck, he was Good.

A breath of fresh air we sought, in the dark we groped,
Unlit candles in our calloused hands, we hoped
For the vagrant wind to blow in the fragrance of roses
And sweep away the stench pinching our mucused noses

….now our noses are twisted like the aged oak in my village.
We have twisted them, first with hope and now with rage.
We smell nothing now for our runny noses are stopped
By the odor of the farts their buttocks have dropped.

We have fallen from the heated pan into raging flames
And our souls have been scared from our hungry frames,
Now, we hear not for our ears are deaf from the thunder
And we flee for we are yet unready for the journey under

Is this the breath of fresh air our noses sought
When we spoke with one voice, daring their wrath?
I smell no fragrance but the aroma of barbecue on fire,
Barbecue of brothers and sisters grilled with their desire

The people have been repaid with a situation worse than the politicians promised to redress, ‘ we have fallen from the heated pan into raging flames’.

In a similar way, ‘The Voters’ explores the theme of politics where politicians only come out to canvas for votes only to disappear from the radar of performance. Poet turns an advocate here by exposing the deceit of the political class which he believes can only be resisted by the consciousness of the electorate who must make informed choices:

So when you come to me now, smiling like a circus Gorrila
(One moment away from the comforts of your Villa),

(Note the perfunctoriness occasioned by the parenthesis)

And you talk to me of sweet nothings, I listen mute,
For I can play only discordant tunes on my flute. (29)

‘And so when they ran the race
We only looked and hoped from our place
Alas, in the dark, short corners they laid
And ran not on the tracks we made’.

Although the poet believes that lack of vigilance by the people will continue to rob the political process of the needed credibility, he believes in even a greater measure that this will not endure because the outcome of political robbery is frustration which inevitably leads to anger and violence:

They have robbed us while we slept.
The fury of the fist is what we have left.
To the streets we go, our fists shall speak.
We’ll make our marks with the stick
Since they have made deaf and dumb,
The marks we made with our thumb,
And speak with did; smoke tells the tale,
For we left him behind on our trail.
We left behind too, cries and blood-
The ink that fuelled our angry sword,
Now smoke engulfs our land, anger is spent,
But tomorrow is still crooked and bent.

Although, while some of the pre-occupations of the poet could be autobiographical, they are nonetheless applicable at a societal level as reflective of what the larger Nigerian society must atone for.

In ‘You made me what I am’ the poet depicts the harvest from the untended souls of youth abandoned to the wiles of the vicissitudes and vagaries of uncertainties by the callously designed imbalances of the political and economic order that favours the rich but not the poor.

The rich in their haughtiness abandon the poor who turn round for vengeance, forcefully calling for attention and the due payback of callous ‘fathers’ who abandoned their ‘sons’.

There is no doubt that this collection What Can Words Do?, announces K.I.Samson’s unpretentious arrival as a lyrical voice that we will continue to listen to on the literary firmament for a long time to come.

You can reach him via: ibigbs@yahoo.com